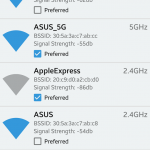 For Android users with large homes or office buildings, staying connected to fast and nearby wifi can be a chore. This is because Android doesn’t automatically switch to stronger wifi, it instead waits until you are completely out of range of your current connection. This can result in slow data transfer, and unnecessary use of mobile data. Luckily for those of ... END_OF_DOCUMENT_TOKEN_TO_BE_REPLACED 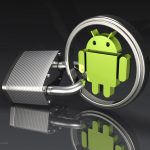 If you’re like most smartphone users, your smartphone is like another appendage. You feel lost without it, panic when you lose it, and suffer major anxiety when something devastating happens to your beloved device. As they say, prevention is the best medicine. Keeping your smartphone safe and well-protected is the key to avoiding these mishaps. These strategies will help you ... END_OF_DOCUMENT_TOKEN_TO_BE_REPLACED 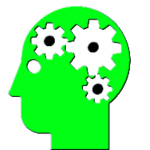 I used to think that the urge of learning new things is something that comes with youth, but now I see that I have the same passion to learn new things as I grow older. Henry Ford said: “Anyone who stops learning is old, whether twenty or eighty”. While I try to be focused on learning something in my field, ... END_OF_DOCUMENT_TOKEN_TO_BE_REPLACED 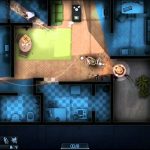 Android smartphones are more and more popular, and not only among teenagers. I tend to use my smartphone for business, and sometimes play some small casual games when I don’t have anything else to do. However, I can see a lot of people who are playing a lot on their phones. Games are becoming more and more advanced and despite ... END_OF_DOCUMENT_TOKEN_TO_BE_REPLACED

Get anonymous and protected with Jailbreak VPN 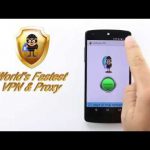 I know that you have nothing bad to hide, but there are still cases when you would like a certain website not to track you, or you don’t want to risk to get your password stolen by someone else when you are connecting to a public Wi-Fi. For such cases, you need to use a VPN to create an anonymous ... END_OF_DOCUMENT_TOKEN_TO_BE_REPLACED 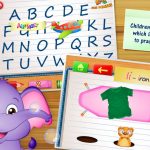 Every parent knows how difficult it is to get their kids to concentrate on one topic for longer than 5-10 minutes. Kids have overactive minds, which tend to switch from one subject to another. This makes it a huge challenge to help them learn something. The Alphabet game: Learn Alphabet is an Android and iPad game that could address that ... END_OF_DOCUMENT_TOKEN_TO_BE_REPLACED 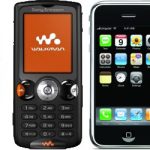 According to a poll made last year, 54% respondents change their phone only when it’s stop working, while 44% of them are changing it when the carrier allows it. Usually providers ask for a 2 year contract or installments plan, so if you are under contract and want to get a new phone you will have to pay the difference. Most ... END_OF_DOCUMENT_TOKEN_TO_BE_REPLACED 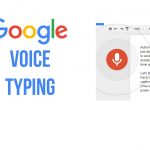 There are about five years since Apple announced Siri. Some people praised it while others made fun of it. During this time, is reported that less than 15% iphone users are using Siri, which is not good considering that it can be used as an assistant for everything. Maybe it was too early for this type of technology. Today, Google ... END_OF_DOCUMENT_TOKEN_TO_BE_REPLACED 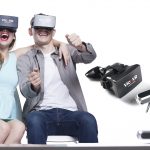 3DiVi Inc launched a new Indiegogo campaign to fund the full body tracking system for VR headsets, called VicoVR. They are asking for $75,000 and they already got over $10,000 in the first day of the campaign. The VicoVR system is aimed to bring positional tracking to Google Cardboard compatible headsets, Samsung Gear or Apple TV. The comunication is wireless ... END_OF_DOCUMENT_TOKEN_TO_BE_REPLACED

Set your wallpaper directly from camera with AutoWall 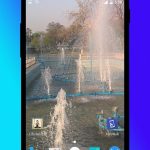 Autowall is a brand new Android app that let’s you to quickly set up wallpaper by taking a picture. If you enjoy a view you can instantly set it to your wallpaper. There is no need to open the camera app and you can crop the picture beforehand. It is very simple, take a picture, crop it, and you’re done. ... END_OF_DOCUMENT_TOKEN_TO_BE_REPLACED