Home » Android OS » Why You Should Love the Ice Cream Sandwich

Why You Should Love the Ice Cream Sandwich 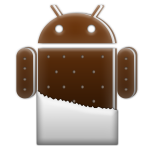 The Android phone has gone through many upgrades since it first launched. The upgrades were so successful because they were available over the air, and in most cases, the consumer could do the upgrade at their end. Because of this, right from the original 1.0 to the Ice Cream Sandwich, all Android operating systems have been downloaded, used and even reviewed as soon as they have come out. And now, the Ice Cream Sandwich has opened up to rave reviews. We look at the three things that make the ice cream sandwich such a must-have installation for Android lovers.

With the Android operating system being so powerful and usable, it is only evident that it will be compared to the operating system that use on an everyday basis – whether it is Windows or the iOS, and the one thing that really comes makes the ice cream sandwich a winner – Multitasking. Previous Android operating systems would have us stuck in a particular app if we were using it. For example, if you were playing Angry Birds, and heard that tone that tells you that you have got a SMS, you would have to either pause or exit the game to read the sms. All this is a thing of the past now, with the multitasking aspect of Ice Cream Sandwich down pat. Now, people can just browse through the various apps that they are using, quite similar to how they do it with the computer operating system, which, of course, increases the feature value of Ice Cream Sandwich 4.0.

If you thought that putting an alternative keyboard was taking up your processing power, but did not know how to solve it, you have it now. The Android 4.0 keyboard is supposed to be the best keyboard to come out of the Android stable. It boasts of things like better intuitiveness, better word forecasting, etc. this keyboard makes it into a very good enhancement of the Android mobile phone. The people who have been using Swype previously would definitely like the new keyboard.

Deleting Applications right off the bat

This might be not as great a feature for many, but people who use a lot of applications, downloading and stuff, will definitely like the way this turns out. Suppose you see an App that you would want to use, and when you are downloading it, you suddenly find out that you do not have space on your memory card. If you have the 4.0 version, you would need to go back to your settings, delete the app from the top toolbar itself, making life easier for you – and your memory card.

The Interface has changed drastically from the earlier versions of the Android. The look and feel is inspired from the Honeycomb, which is the OS for the tablets. The Google search bar this time is fixed, but it does not take too much of space, so that’s another respite to the Android and the 4.0 user.
A Whole New Ramped Up Contacts List

The Contacts lists would seem to be a little boring in the older Android versions when we see the newer app for Contacts, renamed the People App. It has a fresher interface, it looks great, is flatter and smarter than the older Contacts App.

These are just the initial great features that we have come across the Android 4.0. With a specs that makes it possible for 4.0 to be run even on cell phones like the Galaxy Fit, this one is another winner from the Android world.