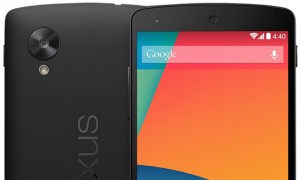 Google Nexus 5, produced by LG was released on 30 October, and the question that was on the most people lips is: “Is this the best Smartphone in the market ?”. If it is the best smartphone, it will remain in history as the best smartphone up to 2013, because there is not any phone announced for the end of the year.

There are a lot of people that will doubt that Nexus 5 is the best phone. The most heard reasons are that it is made by LG and they don’t do quality phones like Samsung or Apple does, it has only 2GB or RAM while Samsung Galaxy Note 3 has 3GB, Camera is poor with only 8 megapixels. It is true that there are other phones with 3GB of RAM, or phones with 13 or 20 megapixels camera, but this does not mean that they are working better, or that they are taking better pictures. The image quality is only an aspect of the whole quality.

Why I think that Google Nexus 5 is the best smartphone so far ?