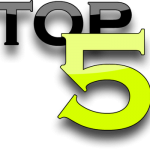 With 2011 ending, we can tell for sure that those phones announced in 2011 will come out in 2012. Here is a list of some of the more unique ones, since all of the others seem to be just different version of the already existing ones, such as LTE versions or Dual-SIM versions to phones which have already come out.

This phone has certainly been over-hyped. But my opinion is that anything which is overly hyped isn’t worth the effort in the first place. Few are the occasions in which I was proved otherwise.

This phone has an IPS LCD capacitive touchscreen with 16 million colors and a 4.3 inches big screen. The screen’s resolution reaches 480 x 800 pixels and a pixel density of approximately 217 ppi.

The camera of this phone is an 8 MP camera capable of photographing at resolutions as 3264 x 2448 pixels. The features of the phone include autofocus, LED flash and geo-tagging. The video recorder can record in 1080p full HD at a steady 30 fps and it also has a secondary camera of 1.3 MP.

This phone has Android OS v2.3 Gingerbread preinstalled on it and I have no idea whether or not it can be upgraded to Icea Cream Sandwich anytime soon.

This phone has a TFT capactive touchscreen with 16 million colors and a 3.65 inches big screen. The screen reaches a resolution of 320 x 480 pixels and a pixel density of approximately 158 ppi.

The camera of this phone is a 5 MP camera of approximately 2592 x 1944 pixels with autofocus and LED flash. Some of the other features include geo-tagging and face and smile detection. It can also record video but at a really low quality.

This phone has 3 GB of internals storage space and 512 MB of RAM. It also has a MicroSD cardslot which can use any MicroSD card of up to 32 GB.

This phone has a 1 GHz CPU and that’s about it. No further information about the hardware. So far it seems to be a really low-budged phone.

The software part is formed of the Android OS v2.3 Gingerbread. Normally I’d comment upon the OS being updated to 2.3 Gingerbread, but this time I’ll say that this phone can’t even handle Android OS v4.0. But that’s just my opinion.

Can’t actually say I’ve heard too much about the BLU phones / tabs. I can honestly say, though, that they aren’t that strong. Still, they look stunning, which for some people means more than being performant.

This phone has a TFT capacitive touchscreen with 16 million colors and a 5.3 inches big tree. The resolution of the screen reaches 480 x 800 pixels and an 176 ppi pixel density.

This phone has an internal storage psace of 512 MB ROM memory and 512 MB of RAM.

The camera of this phone is a 5 MP camera that can photograph at resolutions as high as 2592 x 1944 pixels. The features of this camera include : autofocus, LED flash, geo-tagging, touch-focus, image stabilization and face detection. The video recorder can record at 480p at a steady 30 fps and a secondary VGA camera.

The CPU of this phone is an 800 MHz ARM 11 processor and the chipset is a MediaTek MT6573. Not that strong of a phone actually, but the looks sort of make up for it – or so some people believe … otherwise, how would you explain the success of the Vertu phones ?

The OS of the phone is Android OS v2.3 Gingerbread. This phone hasn’t come out yet, so we can’t really say if it will even get the ICS update.

This phone is a pretty strong one.  Its display is really something else. It has a HD-IPS LCD capacitive touchscreen with 16 million colors and a 4.5 inches big screen. The screen has a reso

The camera of this phone is an 8 MP camera which can photograph at resolutions as big as 3263 x 2448 pixels. It also has many, many features. Some of them include : autofocus, LED flash, geo-tagging, face detection and image stabilization. The video recorder is capable of capturing images at 1080p full HD at a steady 30 fps. The video recorder also has LED video light as a feature. This phone has a secondary camera as well. To be more precise, it has a 1.3 MP secondary camera.

The memory of this phone includes 4 GB of internal storage space and 1 GB of RAM memory. It also has a MicroSD card slot which can use any MicroSD card of up to 32 GB. Upon purchasing this phone you get an included 16 GB MicroSD card.

The hardware of this phone has a Dual-Core 1.5 GHz Scorpion processor. It also has a Qualcomm Snapdragon chipset and an Adreno 220 GPU. As you can see, this is a pretty strong phone.

This phone has an older Operating System. It disappoints me to see new phones coming out with older Operating Systems such as the 2.3 Gingerbread, but what can you do ? Not every phone can go up to Ice Cream Sandwich. I guess the Galaxy Nexus was special for appearing with ICS already installed on it.

Can’t say I’m very attracted to the Huawei phones. But I have my own reasons for that. Still, I should probably change my opinion of them since my country will soon be flooded with such phones. You see my country is pretty small and only one big phone company had a factory in it. The said company was Nokia, but it got closed down. So with the spot empty, Huawei came and bought the factory in order to create more of their phones. Many of the other Huawei phones I’ve reviewed in the past proved to be quite weak in comparison to other phones which were already out. However, this one is different from the many others.

The screen of this phone is a really awesome one. It has a Super AMOLED capacitive touchscreen with 16 million colors. The screen is 4.3 inches big and has a resolution of approximately 540 x 960 pixels. The screen’s pixel density is approximately 256 ppi. It also has protection as well. To be more precise, it has a Corning Gorilla Glass display.

The camera of this Android Phone is an 8 MP camera which can capture snaps at a resolution of approximately 3264 x 2448 pixels. Some of the many features of this camera include : autofocus, Dual-LED flash, geo-tagging and HDR. So it’s safe to say that it has a fully HD camera. The video recorder can prove it. It can record at a 1080p full HD at a steady 30 fps. It also has a secondary 1.3 MP camera.

The memory of this phone includes an internal storage space of 4 GB ROM memory and 1 GB of RAM memory. It also has a TransFlash MicroSD cardslot which can use any MicroSD card of approximately 32 GB.

The hardware of this phone includes a Dual-Core 1.5 GHz Cortex-A9 processor and a TI OMAP 4460 chipset. It also has a PowerVR SGX540 GPU to top it all off. It’s quite a good phone as far as I can tell.

The Operating System of this phone is 2.3 Gingerbread. I’m disappointed that this phone doesn’t have Ice Cream Sandwich yet, but it probably will have it as soon as it comes out.