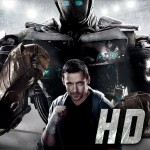 Today we’ll be reviewing this awesome little game made after a movie. This game is sort of like Mortal Kombat but minus the blood shed and the fatalities. In this game you play with the robots from the Real Steel movie. Have you ever seen Real Steel? Me neither but I’ve heard it’s a fairly interesting movie. And it’s not like I’ve avoided it because of its genre, but I haven’t really found the time to get around to it.

I really don’t know how to classify this game, as the opinions about it seem to be mixed. While some claim it is fun and its graphics rule ( well of course they do, after all, this is a HD game and their forte is always their graphics ) others claim that it is a waste of money. Before actually going out of your way and claiming something is a WASTE, you should stop and consider the few important points. First of all, this is an Android game – aka you can only get two hours at best of entertainment out of them ( that’s also the time needed to finish it ). Second, what more could you possibly want from something that costs less than a dollar. Sure, you can have high expectations for expensive stuff, but to expect that from a cheap game is just wrong.

Get ready to rumble and kick some metal hides in this underworld fighting game based on the movie Real Steal starring Hugh Jackman. It is set somewhere in the near future, where 2000 pounds robots are fighting in a no-holds barred battle to the death ( you can hardly call it death, between you and me; one reboot and they’re up and running again – or so they should in the perfect world ).

The game features two game modes : challenge a ton of aggressive robots in the Tournament mode or fight a quick sparring match against your favorite opponents in the Free Sparring Mode. Your primary objective is to defeat Midas ( I guess you know who he/she/it is if you’ve watched the movie, but I haven’t ) and unlock all of the 8 unique robots. 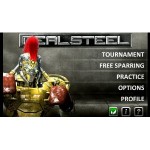 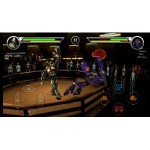 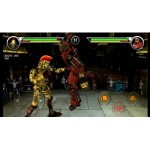