Was WP7 Nokia’s Best Chance for Survival and Growth? 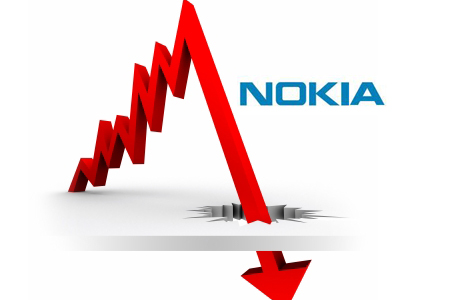 The CEO of Nokia, as well as other people who are glad that Nokia finally chose to go with a competitive OS and leave Symbian behind, think that WP7 was Nokia’s best choice for survival and growth. I beg to differ.

I think Nokia had 3 major options here, and the WP7 one is the worst of all 3. The 3 options were going with WP7, going with Android, and going with Meego, but leveraging Android’s app ecosystem with Myriad’s Alien Dalvik virtual machine.

They say they didn’t go with Android because they were worried about commodization in the long term. First of all, I think that’s very short sighted. I believe Android will be the “Windows” of mobiles, but not exactly in the same way. PC manufacturers just bought components off the shelf, put them in a box and then put Windows on it. That’s all that PC and laptop manufactures have been doing, so it’s understandable to think that something like Windows (or even WP7) will create commodization in the hardware industry.

But Android isn’t like that. Android is open source, and because of this we’re going to see a lot more innovation than we’ve ever seen from the Windows ecosystem. Starting from different skins and going to valuable services, and doing stuff like Motorola did with Atrix and the laptop dock, Android phone manufacturers will have an infinite way of opportunities to differentiate from each other. They just need to think outside the box a little bit, and innovate. Android allows them to do that, while Windows hasn’t allowed manufacturers to do this.

Now, even if choosing Android was never going to be an option for Nokia, there was still an option that would’ve been almost as good – using Meego and the Alien Dalvik VM for Android apps. This way Nokia could’ve maintained full control of their platform, and also leverage Android’s popularity and ecosystem. On top of that, they could’ve convinced some developers to develop for Symbian and Meego using their QT tools. So they would have Android apps plus Meego/Symbian apps. Nokia could’ve regained fast with this strategy, and they wouldn’t waste billions of dollars already invested in Meego, by killing it off.

Another reason why Meego and Android were a better choice, is because both of them allows them to go into the tablet market as well. iOS and Android can leverage their developers by using their apps in 2 different markets: smartphones and tablets. WP7 can’t do this.

So if WP7 was the worst choice, why did they go with it? I think the move to WP7 was well planned before Elop even left Microsoft. I don’t believe for one bit that he reached this conclusion after months and months of thinking what would be best for the company. The truth is Elop was *sent* to Nokia, and now they are already hiring other “former” Microsoft employees to fill Nokia’s top positions in the company.

In a way, Microsoft just bought themselves multi-billion dollar company, while barely having to do anything for it, or without having to risk anything. Nokia has everythin to lose, while Microsoft can only gain – like having Bing on all Nokia phones, as well as their advertising platform, and also access to 8 billion worth of mapping service.