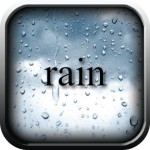 Today we’ll be reviewing this nifty little app called Rain. It isn’t much and it does relatively little. It is only a screen saver which imitates the sounds of rain and sprinkles rain drops on the screen. Now, this app really depends on your phone, since I’ve heard quite a few individual saying that it doesn’t sound like rain at all, more of like static. Now I strongly believe that it depends on the audio out your device, but I guess you, the reader, will be the judge of that.

Now I am a bit skeptical about this app since I’ve heard quite a lot of negative feedback on the grape vine. Many claim that it is a mediocre screen saver at best and that it’s riddled with ads. More so even, it has all of its good ratings since it usually gets down on its knees and begs you to grant it a five-star review. Now I guess only the users of this app can say for sure, but then again, what more do you want from a small $0.99 app? I’ve learned a long time ago that the really good apps cost at the very least 5 dollars, and they usually do so much that they justify their price.

For some reasons, this app has also been ranked. It is ranked No.1 in Health & Fitness Apps and No.6 on the Amazon Appstore.

This application, better put, turns your device into a skylight on a rainy day. Clouds will gently glide as rain drops are falling and splattering on the screen of your device. The effect is relaxing, tranquil and makes you feel like you’re holding a real window in your hands ( and also gives you a really bad need of going to the bathroom ). 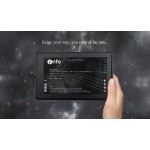 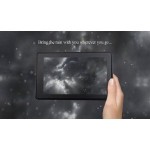 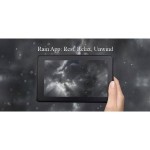 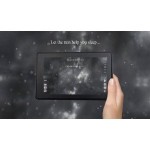