Home » General » iPhone Dominance is Over

iPhone Dominance is Over

There is no doubt that most iPhone users are not buying it for the performance, features and apps, but for the feeling to be part of a higher social class: the iPhone users. However, the previous versions of iPhone, when launched, they had some stats and features that made even Android fans jealous. Mainly, those stats were smoothness and battery life. It doesn’t matter that they added multitasking very late  while the battery life was way over the competitors. With the latest iPhone ( 6 an 6 plus ), it is well behind the competitors ( xperia z, samsung galaxy ) at battery life and performance.

Here is a battery life comparison, made by phonearena.com, where it shows that iPhone 6 ( the small version ) battery will live 2 hours less than the one on Samsung Galaxy S5. 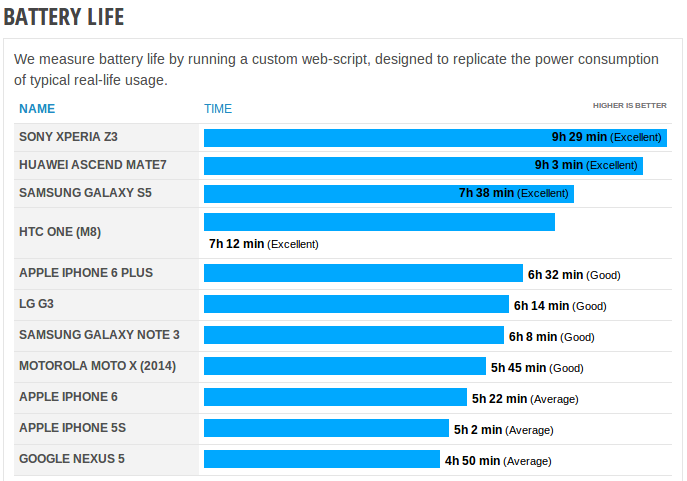 I also know that such “minor” issues won’t be a problem for iPhone users, since they are thinking bigger than this. With an iPhone, they get their ticket to a new social class, to a new world that normal Android fans can’t understand.