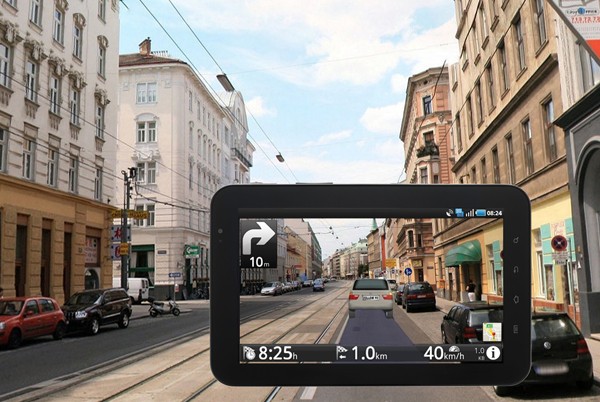 Augmented reality hasn’t hit the mainstream yet, and in fact, it has mostly failed to be used much so far, but Route 66 and TomTom may be on to something here with their Route 66 Maps+Navigation app for Android.

Route 66 Maps+Navigation will show you a virtual car that you can follow directly on the road, just like you would follow a friend. Plus, it gives extra directions on the screen. I think the general idea for this navigation app is good, but I think the virtual car is too distracting and mostly unnecessary. If drivers look too much after that car, almost as if they were in a game, they might have an accident. The app would work just as well without the car, as it still gives you great visual directions on the road.

Check out the video showing the app here: