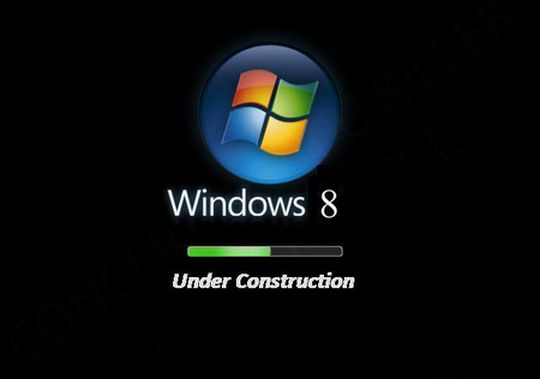 Microsoft seems to be facing the innovator’s dilemma as its Windows operating system is being disrupted by touch-based mobile operating systems such as Android and iOS, and they have to take a decision on which road they’ll go from here. Will they continue to optimize their old Windows product to try to make it fit in the new world, or will they start fresh, and cannibalize Windows in the process?

There are usually only 3 outcomes out of these 2 opposite decisions? If they choose the most obvious, easiest and least costly option, which is to continue with Windows and try to fit it in tho the new world, they will inevitably fail. The vast majority of big incumbents have done this in the past, precisely because it’s the “least” disruptive, not to the market, but to their own company. Radical changes are hard to do in such big companies, which is why they decide to keep their old strategy, and just try to make their old product competitive with the new disruptive option.

This decision makes the most sense inside the company at the time, because the old business is still a huge cash cow, and there might not even be signs of financial trouble. The trouble is, this strategy fails almost all the time. There are many reasons for this, but overall it’s because the old product from the big company can’t really compete in the new market, because the old company doesn’t understand the new rules of the game as well as the newcomer. Nokia tried to understand them for 4 years and update their old OS, too, and they failed. In the end they chose one of the “newcomer” disruptive OS’ – WP7 (which won’t help them at this point, but more on that later).

Now, if they do choose to disrupt themselves and create a new competing product from scratch, like a totally new operating system, in the case of Microsoft, 2 things could happen. Either they get to this conclusion too late in the game, and by the time they release their own disruptive product, the market has already accepted the newcomers as the long-term leaders through high momentum and by becoming too entrenched in the market, that even billions of dollars in advertising won’t change this (WP7’s case) – or they notice the disruption very early in the game, and they release their competing product soon enough, and use their money and influence to push the new product. The latter, however, very rarely happens, and that’s because not too many big companies and leaders in their own industry can accept so easily to disrupt themselve without “hard proof” of financials going down and so on.

Out of the 2 opposite decisions, continuing with Windows, or creating a disruptive alternative themselves, it seems that Microsoft is choosing the wrong strategy, to try to fit Windows in the new touch based world of tablets and smartphones. Plus, they are going to arrive just as late to tablet market, as they arrived to the smartphone market with WP7.

I think Windows will be disrupted in the next few years by Android and iOS, but that doesn’t mean Microsoft will become poor so fast. Unfortunately for them, they seem to be putting at risk not only their main cash cow, Windows, but also their secondary one, Office, by not making Office versions for Android and iOS. The smartphone and tablet market for iOS and Android will be much bigger than Mac’s market, and they already have Office for Mac. Even if they wouldn’t risk anything with Office by just leaving it on Windows and Mac OS, they will still be losing a huge opportunity to appear on hundreds of millions of Android and iOS devices. Either way, I don’t expect Microsoft to come to this relization, at least until 2013, when they’ll see that Windows 8 is not doing so great on tablets because of no backwards compatibility in apps, and because iPad and Android tablets will already be entrenched by then.