If you live in a place like mine, you can’t really afford paying an arm and a leg for Android devices. Thus, there are many in the world that don’t even know what Android is: they’ve never experienced it and they’ve never used it. Take the older people for instance – many of them have cellphones but not all of them know all that much about them. That’s where the Android makes it better as you don’t really have a ton of buttons to to remember. Also, there are many that keep looking for offers on Android phones – people that desire purchasing one only to get the opportunity of using the Android OS. In my long search, I managed to locate a phone that seems to be cheaper than the vast majority – therefore, I give you the Kyocera Hydro.

The Kyocera Hydro isn’t all that much to look at ( as far as Hardware goes ), but it does have a lot of features and is really gorgeous. However, the phone is relatively small. Still, you can’t really hope to find something better than what this phone offers, especially for the mere price of 80 dollars for which this phone is sold.

In that minor price, this phone brings you a lot of quirks and bells and whistles. I dare you to find something as good as this for such a low price. Just off the top of my head, here are a few features of the Kyocera Hydro: it is Waterproof ( for how long, you know the drill – up to 1 minute and 30 seconds or something like that ), it has Wi-Fi & GPS, it comes with a 3.2 MP camera and best of all, it has one of the latest versions of  Android OS – Android OS v4.0 Ice Cream Sandwich. Now of course, the phone has certain limitations, but I say that for a budget phone, it more than makes up for all of its flaws. I think you won’t be unhappy with purchasing this device. 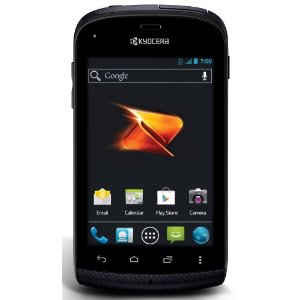 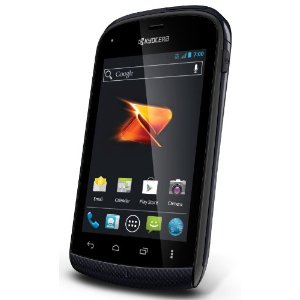