Home » General » Asus to Release Netbooks with Android This Year

Asus to Release Netbooks with Android This Year 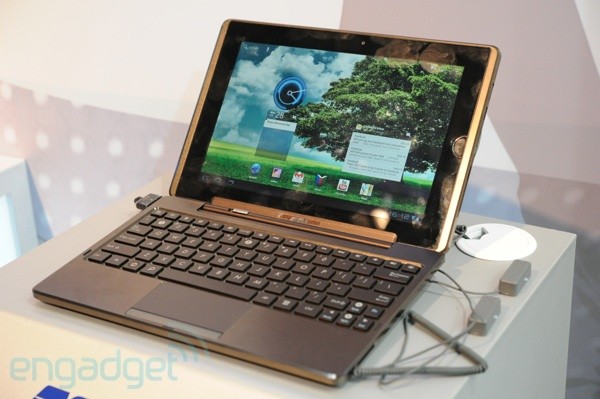 Asus made their first Android netbook a couple of years ago, but unfortunately for them, it wasn’t such a big success. By then people expected netbooks to be mini-laptops, which means they wanted nothing else but Windows on them. Plus, back then, Android didn’t even look that good on smartphones, let alone on a laptop. So why is Asus having a change of heart?

Google designed Android Honeycomb to not only be optimized for tablets, but also make an easier transition to netbooks and laptops. Since Android is free and it’s also becoming very popular in the smartphone and tablet markets, Asus wants to take advantage of that and offer cheaper netbooks with Android.

What doesn’t make much sense, is that they might be continuing to put Intel Atom on these netbooks. Why? If you’re not going to put Windows on it, then why not give Android what it really needs – the ARM architecture. Sure it works on x86 too, but it’s not actively maintained by Google on that architecture, and why limit the battery life so much, when with ARM they could have double or even triple the battery life of a netbook with x86 chips?

Asus would be a lot smarter if they made netbooks with Tegra 2 or even Tegra 3. The total price of such laptops should be even lower than $200, and a Tegra 3 netbook especially would have significantly performance than even a dual core Atom chip (Tegra 3 is more like a 2 Ghz Core 2 Duo).

Will these netbooks be successful? If they run on ARM chips and have excellent battery life and performane, together with an unbelievably low price, and will have “tablet” optimized apps by then, I think they will be quite successful. It’s still early for Android on tablets, and even more so on laptops, but Android 4.0 and 5.0 should make it a lot more obvious that Android can jump to just about any type of device, even devices historically dominated by Windows. If Google hurries up with the optimizations, Windows 8 might arrive to a whole new market late 2012.