As you might have heard, Xiaomi, a fairly large Chinese phone company has had quite a lot of success with its MI-3 brand of phones. They’ve made so many sales, actually, that they even decided recently to expand to more countries and increase ( which, frankly is quite a big deal considering the company is pretty young ). Now the upcoming titan has just leaked a few details about its newest flagship – the MI-3S.

Now before going forward, I believe their new device will still be somewhat limited to their local market ( only limited to China, to be specific ), but if their expansion is true, we should be able to see this phone in a lot more countries in the nearby future.

This device is going to be a pretty powerful one, being powered by a Snapdragon 801 chipset, and as one of the screenshots shows – it also has a Quad-Core Krait CPU clocked at 2.5 GHz. As if that weren’t enough, rumors indicate that it will have 3 GB of RAM, to make sure you get the utmost speed in whatever task you take on and never experience any lagging. The software will also be among the newest versions – v4.4.2 KitKat, to be specific – and the phone itself will have a decent amount of storage space: what’s known so far is that this phone will have 16 GB of internal storage, but Xiaomi has a habit of releasing 64 GB versions too.

Some previous rumors also include a 5 inch 1080p display in the mix, but to this day there’s no real confirmation o that. I’ll take the liberty of posting a few photos below so you can get an idea about the design of this phone ( which is greatly similar to its predecessor, but with more rounded corners ).

There are rumors suggesting a starting price and a relative date, but those are to be taken with a grain of salt – the rumored price is 320 dollars and chances are quite high that this will be the device to lead Xiaomi’s expansion to more countries ( fingers-crossed on this one, but only time will tell whether it’s true or not ). 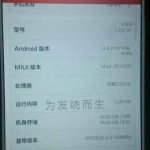 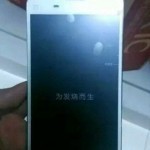 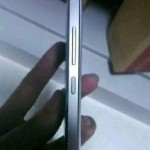