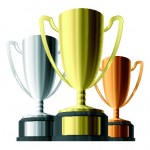 2011 has been a fruitful year for Android devices and the tablets made no difference. Through this short Top I shall show you the 3 best Android Tablets to hit the market in the order of their strength. They shall be judged by Android OS version and Hardware Power. Certain elements such as the camera will also be considered, but these are only small elements that don’t really make much of a difference if the hardware is of a weak sort.

Let’s get this show on the road, shall we ?

I have reviewed this certain tablet once before and if you’ve read some of my older articles you can probably tell it’s a really great one. If not, threat not for I shall review it again here to prove it’s superiority.

This particular tablet has a TFT capacitive touchscreen with 16 million colors. The resolution of this tablet is somewhere around 800 x 1280 pixels. The screen itself is 8.2 inches big and the pixel density of the screen is somewhere around 184 ppi. It has multitouch ( as it should, otherwise, since every Android device with the least bit of self respect has it ). As protection, this particular Tab has a Corning Gorilla Glass display, which, in my opinion is a really good kind of defense against light to medium scratches and / or impacts.

The XOOM 2 has an awesome camera. I guess that’s also why it is called the XOOM 2 Media Edition. The primary camera is a 5 MP camera capable of taking snaps at a resolution as high as 2592 x 1944 pixels. It has autofocus, LED flash and geo-tagging. The video recording prowess of this camera is incredible as well, being capable of recording at 720p HD with a steady 30 frames per second. The XOOM 2 also has a secondary 1.3 MP camera.

The XOOM 2, just as all of the rest of the Android Tablets I shall review in this article, has Android OS v3.2 Honeycomb. So far no updates on it being currently able to upgrade to 4.0 Ice Cream Sandwich, but news of the update will surely come in time.

This is a pretty powerful Tablet in itself, but let me remind you, it’s the weakest of the three I have chosen to review in this top.

The XOOM 2 Media Edition has an Nvidia Tegra 2 T20 chipset, which is a pretty good chipset, although it’s pretty old. Not old as in vintage, but a bit outdated, especially since the appearance of the Tegra 3 chipset. It may soon be rendered obsolete, but only time will be the judge of that.

The CPU is a Dual-Core 1.2 GHz Cortex-A9 processor. It’s pretty good, but the weakest of the three, as I’ve said before. Still, it’s a pretty impressive processor nonetheless.

Last but not least, the GPU, or graphic processing unit, depending on how you prefer. The GPU is an ULP GeForce GPU. Well, it kind of was expected since it has a Tegra chipset – they sort of go hand in hand. It’s a pretty good GPU, but not the best.

This particular tablet is among the best available. Actually, were it not for the one occupying the #1 position, this one would have been ranked as the best. It has a more than decent enough hardware configuration and it pretty much pummels the last one. Only thing that sets it below the predecessor of this top is the camera. But it more than makes up for that loss.

This tablet, as opposed to the XOOM 2, has a Super AMOLED Plus capacitive touchscreen with 16 million colors. The Super AMOLED Plus is among the best screens out there. The resolution of this particular tablet reaches 800 x 1280 pixels, just as the XOOM 2. However, as opposed to the XOOM 2 it has a 7.7 inches big screen and a pixel density of approximately 196 ppi. The display of the Galaxy Tab 7.7 has Multitouch and TouchWiz UX UI. It has no particular protection as the XOOM 2, but it does have a better screen.

On the memory side, the Galaxy Tab 7.7 comes with 16, 32 and 64 GB of storage. It also has 1 GB of RAM and a MicroSD card slot which can use any MicroSD card of up to 32 GB. So, clearly, as far as storage space is involved, the Galaxy Tab manages to seriously overtake the XOOM 2.

On the camera side, this tablet has a 3.15 MP camera that can photograph pictures  at resolutions as high as 2048 x 1536 pixels. Some of the few features of the camera include : autofocus, LED flash and geo-tagging. The video recorder can record video at 720p HD at a steady 30 fps. It also has a secondary 2 MP camera. A very peculiar camera indeed, isn’t it ?

The Galaxy Tab 7.7, just as all of the rest of the XOOM 2, has Android OS v3.2 Honeycomb. So far no updates on it being currently able to upgrade to 4.0 Ice Cream Sandwich, but news of the update will surely come in time.

As I’ve said before, this particular tablet has quite a strong Hardware configuration. It’s definitely stronger than the XOOM 2, but not as strong as the one occupying the first position.

The Galaxy Tab 7.7 has an Exynos chipset, which, as far as I know, is among the best chipsets available on today’s market. It may not be as practical as the Tegra series when it comes to video demanding actions, but is more capable in other situations – or so I am told.

The processor of this particular tab is a Dual-Core 1.4 GHz Cortex-A9. That’s definitely better than the previously mentioned XOOM 2. Not by much, granted, but that little bit makes a huge difference when it comes to processors.

The GPU is a Mali-400MP. Quite a potent one, actually. It manages to keep toe-to-toe with some of the toughest GPUs out there, and even outclass some of them.

This is, by far, the best Android Tab of 2011, and, if nothing else comes out, the best of 2012 as well. Let us keep in mind that this Tab is the only Tab so far that is equipped with a Quad-Core processor. I mean, good God man, there are many PCs that don’t have a quad-core and here comes this Tab and manages to crush all competitors. But then again, what else can you expect ? It is an Asus, after all.

On the display side, this tablet has a Super IPS+ LCD capacitive touchscreen with 16 million colors. This tablet has a screen resolution of 1280 x 800 pixels and the screen itself is 10.1 inches big. That allows for a pixel density of approximately 149 ppi. It also has a Gorilla Glass display AND on top of that, a scratch resistant display. That is a bit of overkill as far as screen protection goes. But then again, you can never have enough protection for these devices. After all, most of them take just one thud to bread down.

As far as the memory is concerned, this tablet has either 32 or 64 GB of internal storage. Apart from that storage space, it also has a microSD card slot that can use any microSD card of up to 32 GB. It also has 1 GB of RAM as well, which allows for quite a bit of multitasking.

On the camera side, it has one of the best available cameras out there – an 8 MP camera. It can easily photograph at resolutions as high as 3264 x 2448 pixels. Some of the many features of the camera include : autofocus, LED flash and geo-tagging. The video recorder is a really awesome video recorder too, being able to record at 1080p full HD. It also has a secondary camera of 1.2 MP.

On the software side, it has Android OS v3.2 Honeycomb. As opposed to the other two contestants in this top, this particular tab, the Transformer Prime can be upgraded to Android OS v4.0 Ice Cream Sandwich. The update is actually available and ready for download.

The hardware part is the greatest part of this Android Tab. I’ve mentioned before that it has a Quad-Core processor. What I didn’t mention is that besides that, as if it wasn’t enough over-kill, it also has an Nvidia Tegra 3 chipset.

As I’ve just said, the chipset is an Nvidia Tegra 3. The Tegra 3 is the best chipset available at the current time. It is even capable of running some games that are quite demanding of video resources on the PC as well.

The processor is a Quad-Core 1.3 GHz Cortex-A9. Imagine if it’s a 1.3 GHz quad core how far can it go if you overclock it. Although overclocking may void warranties and my break down your device, it may be worth to see how much power you can hold at your fingertips.

The GPU is an ULP GeForce graphic processing unit. Now the GPU itself is associated with the Tegra chipset. And although the GPU seems to be the same as the XOOM 2’s GPU, trust me, it isn’t. The Tegra 3 actually makes the difference when it comes to video demanding actions.

This is it. I hope you enjoyed this little top and ranking, and if  you didn’t or though it unfair, leave your suggestions for what you think to be the best in the comments.