Smartphone and Tablets to top 1.2 Billion Sales by 2013 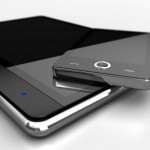 It came as nobody’s surprise that the phone / tablet market is constantly expanding, but to be presented with such a number is impressive nonetheless. As somebody that generally uses laptops / PC ( or, in other words, Windows equipped devices ) it is interesting to find out that something initially built as an operating system for mobile devices is ending up being a competitor for some of the biggest operating systems and most wide-spread one worldwide.

This study was conducted by Gartner, or one of the leading IT researchers. They are an advisory company as well. Gartner has compiled estimates on the growth of all smart devices and the impact they have, or will have, on the consumer’s electronics market. According to said report, something around 70% of total devices sold this year ( this study not being limited to mobile devices ) were either tablets or smartphones.

As if that number was impressive enough in itself, this market of the Android is in continuous expansion. Android is expected to continue to dominate the mobile market, that including the business sector of said market. With approximately 56% of devices being expected to run on Google’s Operating System by the year 2016 ( that actually overtaking the 34% of this year ).

Tablets in themselves are expected to achieve a three-fold growth in the business sector within the next 4 years. By 2016, it is predicted that tablets alone will have sold 53 million units.

Finally, there is also a small prediction about the Windows 8 equipped devices. Windows 8 tablets and smartphones are said to move to third place behind Apple and Android by the year 2016. Many businesses are choosing smart devices nowadays, rather than upgrading Windows on desktop PCs like they did in the past.

Also, on the topic of this Windows 8. I have actually used this OS on the PC and I can honestly say it is something utterly ridiculous compared to running it on a touchscreen equipped device. The PC one has the aspect of the Mobile Windows or the new Symbian ( is there really that much of a difference between them? ) and it really has no sense using without a touchscreen. It’s like trying to run Android with a mouse. It totally takes the fun out of things.