Samsung to Get an 8-Core Next Year? 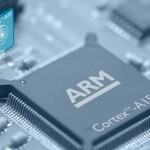 Now before you get your hopes up, know that this is just a rumor at the moment, but it’s more than likely to happen. This is going to be built on the big.LITTLE technology, but I am unsure what product it will launch on. It was rumored to come out on the S IV, but the information is inconclusive at the moment. A lot of things don’t add up and a lot of strings don’t tie together too nicely. You will see what I mean in just a second and you can choose to make whatever you want out of it.

Samsung is rumored to put a Quad-Core Cortex-A15 CPU inside the future Galaxy S IV, accompanied by the Exynos 5450 chipset, but EETimes is reporting that the korean company has a more interesting chipset in development. To be more precise, it will be the first one to use ARM’s big.LITTLE technology.

This technology pairs a number of powerful Cortex-A15 cores with the same number of low-power Cortex-A7 cores ( somewhat similar to the fifth core in the NVIDIA Tegra 3 ). The chipset seems to switch between the high and low power cores depending on the load ( somewhat similar to the Intel “i” series processors that go into Turbo when needed ). The one disadvantage here is that it cannot run all at the same time. So it’s either one or the other, but it’s still a pretty sweet deal.

The chipset in particular will pack 4 Cortex-A15s, each clocked at 1.8 GHz, and 4 Cortex-A7s, each clocked at 1.2 GHz. The group of Cortex-A7s will reportedly watch a Quad-Core Cortex-A8 CPU ( which doesn’t really exist, but in theory it makes sense ), while the group of Cortex-A15s should offer a huge increase over the already powerful A15 Duo that can be found in the Nexus 10. The chip will be built on a 28 nm process and will pack around 2 MB of cache.

While many rumors say that this will be a chipset for the Galaxy S IV, the logistics alone dictate that it is more likely to see the light of day in a tablet, rather than on the S IV.