Pantech Event on October 10: It Begins

I’m ashamed to say that I don’t know a lot about Pantech devices. Sure, I can look at them objectively and classify them alright, but I haven’t had as much first-hand experience with them as I’d like because, well, I’m not Korean. Even so, the next device on their list is promising some really awesome stuff.

The Pantech Vega Note, as it will be called, has its own scheduled event on October 10, and apparently invites for said even have begun to be sent out. Not much is known about the device in itself, but some great things are being rumored for it. What’s known for sure is that it’ll be a phone / tablet hybrid with a 5.9 inch screen and a 1080p resolution. It will undoubtedly have a digital pen support and maybe a Quad-Core Snapdragon 800 CPU ( presumably at 2.3 GHz ).Rumors believe that it will have LTE-A tech ( the kind that gives you 150 MB/s speeds ), 2 GB of RAM and will launch with 4.2.2 Jelly Bean on it. This device is said to be some direct competition for the Samsung Galaxy Note 3.

Assuming from the invite, which I’ll be posting underneath this paragraph, the device might be sporting a trackpad / fingerprint scanner on the back and could possibly sport a similar look as its Vega No 6 sibling with a 5.9 inch screen. 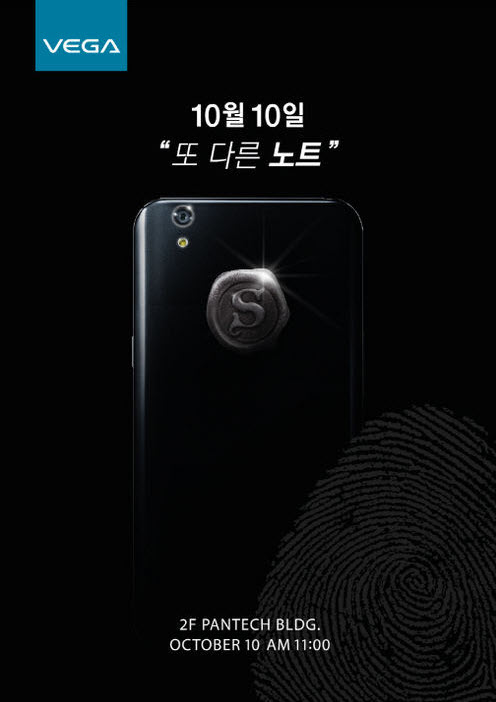