Home » News » Obsolescence,Thy Kiss is Like the Deaths Embrace 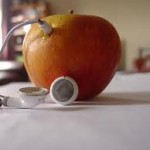 The day has come. We knew it would come, we had a feeling in our gut that it would happen and that we would rejoice when that happened. However, NOBODY knew it would take so long for it to come. I am of course referring to the day that the Apple tree would be cut down.

It has been a long time since Apple made some new developments in the Phone market. Since their ever-applauded iPhone 4, there have been many new developments around the world. The most eye-catching one is Samsungs Galaxy SII.

That small little marvel of science single handedly knocks Apples iPhone out of the ring. It is better from absolutely every point of view. And to top it all off, as an ultimate insult, it comes even cheaper ( although that’s hardly a feat since Apple gadgets are THE most expensive ones out there, but not necessarily the best ones ).

Sure, the Apple fans might say “oh… but the SII came out one year later…they just took what already existed and added some insignificant topping to it”. To those people I say : “You are entitled to your opinion good sir …” and you know what they say about opinions.

The Galaxy SII is newer, truth be told, but it is the undefeated champion of the Android Phone Market. Till this day it crowns over its siblings bringing great honor to their name.

Personally, I applaud Steve Jobs’ decision to develop the iQuit and from my perspective, it is a project that has been long over due.

For the people who feel the same, REJOICE : YOUR TIME IS NOW.