Yesterday Motorola finally decided to add an ad for the Moto X. While  this may sound somewhat weird, the ad was somewhat weirder. Without considering all of the ramifications implied by said ad, there are a few important questions raised. Now I’m personally all for the Moto X phone, the first of many great things to come since Google has purchased Motorola. Also, I do believe I’ve mentioned on another note that I personally really enjoy the Google devices. Granted, the have the drawback of deleting all your data if you root them, but I enjoy them the most. I fancy myself a “purist” as far as Android is considered and much prefer the Pure version of the ROM without any alterations brought by the manufacturers.

The ad was designed with the United States in mind. Motorola made it on a patriotic theme and announced it right before the 4th of July. It was set to be posted in the New York Times, The Washington Post, USA Today and The Wall Street Journal. Headed by the brand new logo of Motorola, the Moto X is centered around the idea of it being fully assembled in the United States.

One of the things that I said raises a few question is the notion “the first smartphone you can design yourself”. Nobody has yet to find out what this means or what it implies.

Considering the state of the market today and the massive marketing push underway, it may be a long wait before the Moto X actually goes official. Time will tell and more information will be discovered. Until then, below you have the actual Ad, if you haven’t seen it. See if you can make something of it. 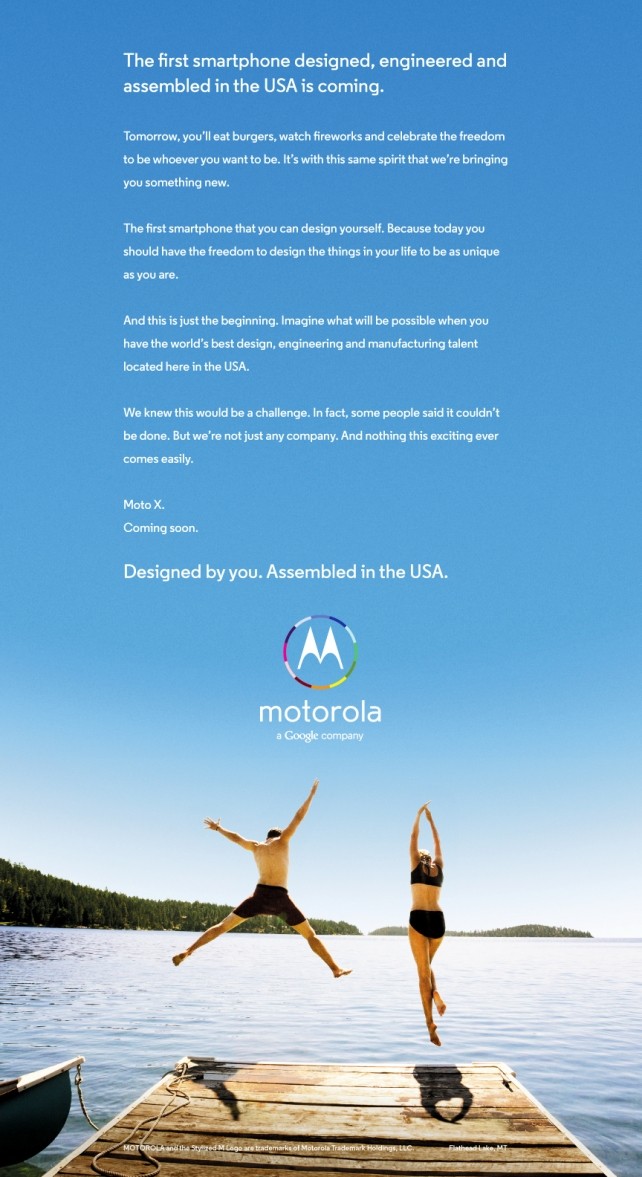