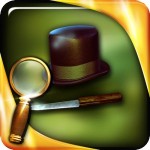 Today we’ll be reviewing a fairly interesting Hidden Objects mystery / adventure game. What is this game about, you may ask. Well, are you familiar with the tale of Jack the Ripper? If you aren’t, you disappoint me and you bring great shame and dishonor to your family. However, even if  you are a person that’s never seen the light of day or the squiggly shapes called letters in the pages of a book and haven’t heard about Jack the Ripper, let me illuminate you : he was a serial killer that only preyed on the prostitutes that dared to walk the streets of London at night. He was so famous he got raised to the rank of Urban Myth as the authorities never truly managed to capture him. That is why this tale has spawned so many books, movies and games.

In this particular game you take the role of a detective on the hot trail of Jack the Ripper. What’s better about this game is the fact that it is an Extended Edition, thus offering more content than its predecessor. If you’re a fan of the adventure games for Android, do not hesitate to try out this game. You think you have what it takes to finally bring the murderous monster to justice?

The extended edition, as opposed to the standard edition of the game, offers a few extra things such as : new puzzles, new scenes, new objects, new mini-games, new characters, improved interface ( animated by the collection of key items ) and an improved gaming experience.

The game places you in London, in the summer of 1888. On the hunt for hot and spicy stories for the local newspaper, the reporter Bert goes on the trail of Jack the Ripper, the serial killer terrorizing the White Chapel district. He even goes as far as forging letteres from Jack the Ripper and sending them to the police. However, with all of the shady business gathering around him, her becomes the ideal suspect for the police at Scotland Yard. You are to help Bert in clearing up his name and uncovering the truth behind his investigation.

Since Bert is being kept under constant police surveillance, you will have to be his arms and legs in this terrible ordeal. You are to closely examine the sites, find proof and take photos, after that develop them and draw on your memory to prove that the real Jack the Ripper is still at large.

Use the 2x zoom to your advantage to delve even further into the images and uncover the clues and objects needed to solve this mystery.

You can get this really awesome little game from Amazon.