Home » General » Go Green with your Phone and Broadband

Go Green with your Phone and Broadband 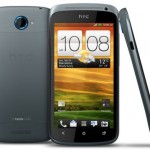 The majority of us can’t live without our phone and broadband, but what you may not realize is that all those hours of frequent charging your hand-phone and being on the Internet is sapping the Earth of its natural resources. If you’re interested in knowing how to cleverly utilize both your phone and broadband in an environmentally-friendly manner, then we have some great tips for you.

The average phone user is expected to change his or her cell phone, phone numbers at least once every two years. While it is understandable why some of us would want the latest Smartphone and iPhone in the market, it is just as important that you make it a habit of correctly disposing off your old cell phones, similar to how you would take the time to separate your glass bottles from your aluminum tin cans and old newspaper. To recycle your phone, you can either return it to its original manufacturer or sell it off as a second-hand phone which will then profit both the environment as well as your bank account.

Similarly, take a moment to analyze your cell phone buying habits. Do you really need the latest version of a cell phone or can you live with a second-hand phone? Refurbished phones work just as well, comes with no binding contract and is easier on your wallet too.

Use Your Phone Wisely

We all know that gadgets cost a lot of energy to make, so reducing your dependency on requiring so many thingamajigs will be kinder to the environment. In other words, rather than totting around a bag that contains a video camera, a music player, a watch, a digital camera, an electronic dictionary and an electric organizer, why not invest in a Smartphone or an iPhone that comes with all of these features integrated into one device instead?

If you’re already a simple one-device carrying person, you should also take note that sending a text message uses up way less energy than making a call, which makes it so much more environmentally friendly as well. Phones like the iPhone also comes with an energy-saving feature, just like how desktops, laptops and net-book convert into hibernation mode when it is not in use. By doing this, you’ll also prolong the lifespan of your device while also cutting down on energy consumption.

There are two ways of going green when it comes to using your broadband. On the one hand, you could go cold turkey and cut yourself off from cyberspace. On the other hand, you could support the good deeds of green Internet providers who utilize solar power and recycled materials to power their hardware. This way, you can spend hours logged on and never have to feel guilty about depleting the earth’s natural resources.

Written By Mike, Catch me @thetechlegend