Whenever a large manufacturer says they’ll be releasing a new series of tablets in the future, the leakers go hard at work in order to try and bring you said info and specs about those new devices ahead of time. Well, that exactly the case with this device – word has it that Samsung’ll be releasing a new line of tablets on June 12 in New York. They’ll be known as the Samsung Galaxy Tab S and up until now, there are two contenders – one with an 8.4 inch screen and another with a 10.5 inch screen, both of which have an AMOLED display with a 2560 x 1600 pixels resolution.

The few pictures available are courtesy of the guys at @evleaks reveal the familiar faux-leather back and design of the phone which seems to be quite popular with Samsung products. It would seem Samsung is also trying to adopt the QHD technology, as it’s present on both of these new tablets.

The Galaxy Tab S 8.4 SM-T705 has already passed through the Chinese certification authority TENAA, from which we’ve also been able to extract a few of the specs. Already you know that it’ll be equipped with an 8.4 inch QHD AMOLED display and on the hardware side it’ll have an Exynos 5 Octa chipset and 3GB of RAM. The Android version present on this device is currently one of the latest one – Android v4.4.2 KitKat ( I say one of the latest ones since v4.4.3 is officially out on the Nexus devices and the source-codes have been released for mod-makers to have a go at them ).

Samsung outdid themselves on this one, managing to make the tablet extremely small and slim for such a relatively big screen. The specifics about the size revolve around: 212.8 x 126.6 x 6.5 mm. With this much info being let out, hopefully Samsung will still have something new to tell us when they officially announce the two devices on June 12.

Below I’ll go ahead and post the gallery of available photos of this device until now: 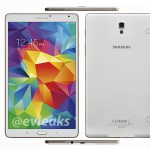 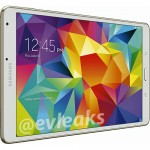 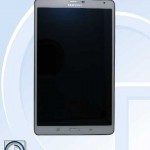 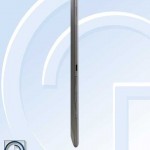 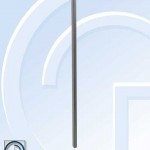