A manufacturer known as Oppo, as you might have guessed from the title of this post, has made some interesting claims. They started leaking pieces of information about their newest phone – the Oppo R1. There have been many teasers out lately and most of them seem to be hinting at a revolutionary new night-shot system ( unfortunately, my expectations of nocturnal-cameras are unrealistically high ever since Outlast, which take it from a gamer – is hardly worth the hype ).

Their leaks were in a language I couldn’t comprehend, but below you have the English translation of the quote accompanying the teasers:

Obviously, this manufacturer is preparing a brand-new imaging chip to succeed the Owl one used in the N1. One cannot help but wonder whether or not the company will also include optical image stabilization, which will certainly help the R1 deliver on those promises of great night-shots.

From what we can tell from the few images released out there, the money put into creating an all-glass bady will pay off, as the phone really looks neat. Also, some confirmed colors for the Oppo R1 seem to be White and Black. Only time will reveal more about this device, but until some more relevant details leak, below you’ll find a couple of leaked images ( be warned, though, as is often the case with leaked images: some of them aren’t top-notch quality ): 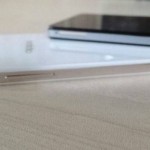 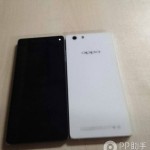 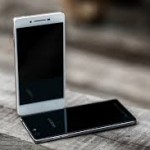 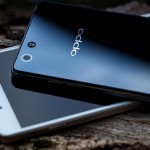