Home » Android OS » My Impressions on Android 5.0 After 2 Weeks 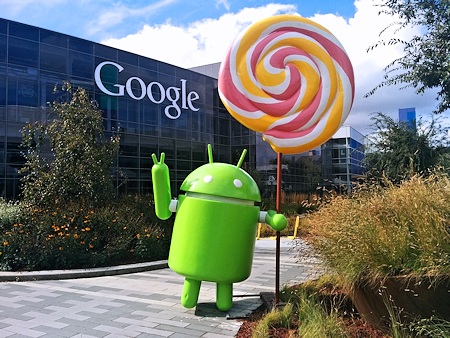 It’s been about 2 weeks since I got the major Android update, 5.0. It is honestly a major update. I am using Android from version 1.5, back in 2009, and I can say that this was the most improved Android update. There are so many things that I have been waiting for a long time. When I first looked at my new updated Android, I was confused. I wasn’t sure that I still had an Android phone. I couldn’t imagine an Android device with a great design. I said to myself that probably this new good design and UI comes with other disadvantages like time wasted waiting for the animations to do their stuff. I somewhat hate animations when I know there is no real need for them. I was also confused because there were many things added and improved. Suddenly, I had to get used to the thought that I will no longer use several apps that I loved because they implemented those features. I was frustrated about this for a little, but I was determined to give it some time before I put the stamp on it. Now, after 2 weeks I can say my fair opinion about it.

Despite I was reticent at first with all the fancy design and animations, after only 2 weeks of use I like it more than before. From the design perspective, it is the best design for an Android version so far. It can’t be compared to older ones. UI is really  improved, all the things are done faster, notifications are better, despite they seemed confusing to appear on the lock screen at first, but now I rarely use the notification bar. I got used to extra animations and now I think they are part of the experience. Task manager, quick settings and other important features were improved, not only in terms of design but in terms of functionality. On the battery side, It is only a short time to make an opinion, but sometimes it seems it is slightly better than before.

This part was the most improved over the last version. Everything seems nicer and smoother. I am not sure if I think it is smooth just because there are added animations who hide the time that requires the screen to change, but it is definitely feeling better. I liked Android design before too but this one is simple and nice. No one can say now that Windows Phone or iOS designs are better.

On the user interface part, small improvements like lock screen notifications, card style view in task manager, quick settings slide to open, make it seem much better on this area. On the quick settings side, now features can be really changed directly, not just opening the settings option like before. This saves a lot of time. In 2 weeks I didn’t had any reason to go to Settings anymore. 99% of the things you change everyday can be done from quick settings. I was reticent at first, but lock screen notifications are a real deal breaker. Now I just open the front cover of the case, screen open automatically and I can see if I got new messages or not. I can go all day without unlocking the phone. 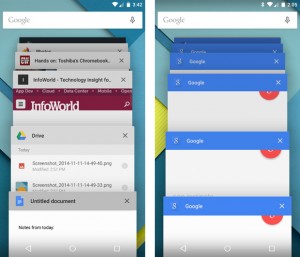 There was not enough time to test the performance. But everything seems smarter right now. Chrome browser is loading webpages faster, desktop widgets response time is better. Overall I think the performance is greatly improved. Applying settings has no lag right now. With the new long animations, it is even harder to see if some app is lagging or not, but I think the trade-off is worth.

Battery life seems slightly better. Despite I rarely close the apps I open, it seems that the phone stays alive a little more than before. Also, it is the first time when Battery saving mode is really working as it should.

Despite there are not big changes ( except for the design ), the small improvements gives a whole different experience for Android 5.0 .Unfortunately, it is hard to express that feeling in words. It is just better and probably the best.