There are certain “leakers”, let us call them, around the internet. These are the kinds of people that make corporate secrets a thing of the past. We shouldn’t really complain as this thing gives us regular folks a thing  to talk about and a sort of sneak peak of things. But, of course, since you know what a leak is, I guess we should get to the point. As the title of this article suggests, a new image has just sparked a whole lot of talk.

The good folks at evleaks have been busy at work and, after many of their other more notable leaks, they released a front photo of the Droid Mini, Droid Ultra and Droid MAXX. Below you can notice said picture: 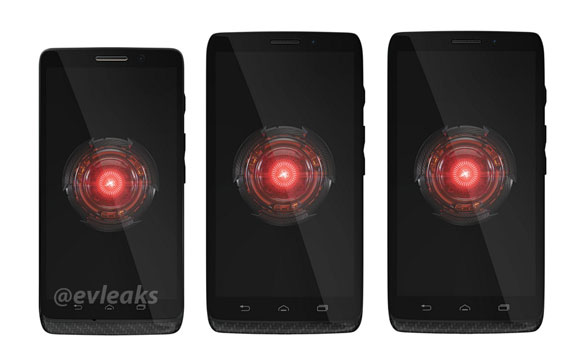 Quite obviously, the photo reveals the design of the 2013 Motorola Droid series phone. Keeping true to their self-imposed standard, these too come in a Kevlar casing, which helps in both durability and weight matters. The company has also made the decision of choosing capacitive keys instead of the onscreen software-provided ones.

In the 2013 RAZR or Droid lineup, there is apparently a Droid Mini in the works. Many believe that it will replace the Intel-Powered RAZR i and the Snapdragon powered RAZR M. In addition to all that, there will apparently be a MAXX variation of the Ultra, which, as the name itself would suggest, is built around a humongous battery. The current RAZR MAXX has a massive 3300 mAh battery, therefore, it’s safe to assume that the new Droid MAXX of 2013 will have a battery that is at least the equal of that one ( if not larger – which is most likely it will be).

In the meantime, there is yet another leak around, one about the Motorola Droid Ultra. Now we’re looking at a piece of advertisement that suggests the phone will be able to last two whole days without a recharge ( at the risk of sounding like an old geezer – remember the Nokia 3310 which could last two whole WEEKS without a recharge ). They are also hinting about some advanced voice control, but it may just be part of the next Google Now update, rather than a new product developed solely by Motorola. Below you have the ad so you can study it for yourself ( if you can ): 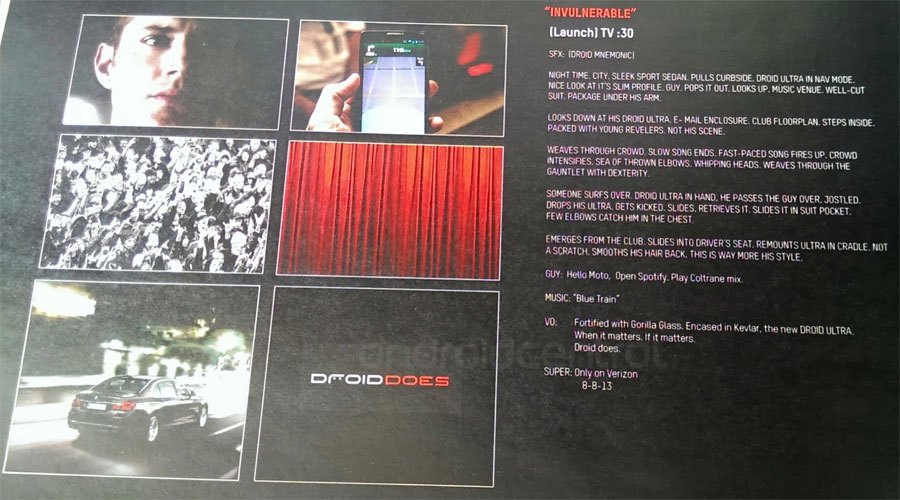 At the current time, that is all of the information available. The Motorola Droid Mini still remains an enigma at the current time, but rest assured that more leaks will start pouring. I wouldn’t rule out the possibility of finding out most, if not everything about it in the coming days or weeks.