Today I’ll be telling you a few details about the popular Sony Xperia Z2, or Sony’s latest flagship. This is, by far, the strongest phone released by Sony up until now – I just had to lay that out there. I have to hand it to Sony on this one – considering how many divisions and how many things they’d ... END_OF_DOCUMENT_TOKEN_TO_BE_REPLACED 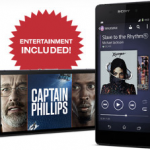 The Sony Xperia Z2, a really great smartphone ( and, if I’m not mistaken, their latest flagship ) has recently gone on Pre-Order i early April, having a few of those said orders shipped around April 15. The wide handset launch was delayed, though, due to a few stock shortages probably caused by a few sudden bottlenecks. It was later ... END_OF_DOCUMENT_TOKEN_TO_BE_REPLACED