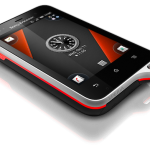 Sony Ericsson Xperia has definitely made a name for itself out there. Mainly because all of their products are visually stunning and they aren’t half bad on the tech side either.

Today we’re looking at the Xperia Active. As the name suggests, it is a sport smartphone. You can tell that right away just by looking at it. It’s bright colors and practical shape sort of energize you in one way or another.

All I can say for sure about its status is that it was announced in June but I can’t say for where where you can get one.

The display is an LED back-lit LCD capacitive touchscreen with 16 million colors. The screen itself is 3.0 inches big and has a resolution of 320 x 480. The pixel density is approximately 192 ppi. That’s pretty good by my standards for a screen that small.

On to the memory part. We’re looking at 1 GB of internal memory, out of 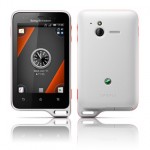 which only 320 MB are dedicated for the user’s enjoyment. It has 512 MB of RAM and its internal memory can be ugraded via the memory card. It uses microSD cards of up to and including 32 GB.

The camera is a 5 MP camera capable of photographing at resolutions such as 2592х1944 pixels and it is equipped with autofocus and an LED flash. Now this may not be the strongest of cameras ever created, but it has a ton of features nonetheless. Have a gander at these : touch focus, geo-tagging, face detection, image stabilization. It can also record video at 720p and has an included video light. There is also a secondary camera but I’m not sure what to say about it.

The processor is a 1 GHz single core processor that comes hand in hand with the Qualcomm MSM8255 Snapdragon chipset. Now that may not be the strongest, meanest or most monstrous combination on the face of this 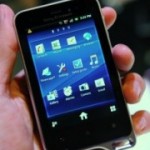 planet, but it will have to do. Also, I hear that Qualcomm is to release some really awesome stuff in the future.

The Android OS version is 2.3 Gingerbread. Now I’ve said my opinion on 2.3 on newer phones once too many times before. Don’t believe me ? Have a gander at the other articles and see. Enough idle chit chat on this topic for now.

Upon giving it a closer look, it’s a pretty good phone that has a lot of features. It may not be the best out there but it gets the job done. Also, bonus points for looking as good as it is.