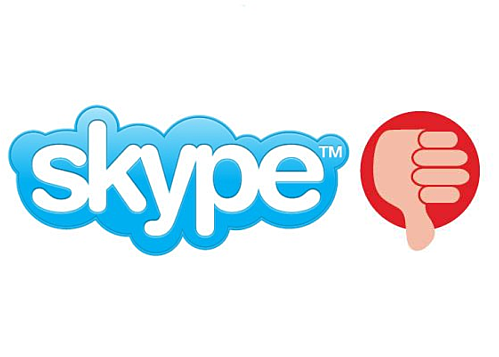 About a year ago, Skype made an incredibly ridiculous deal with Verizon, which meant they had to provide their Android app only to Verizon’s Android phones and to no one else. So Skype accepted that in the middle of VOIP applications and videochat explosion, to limit itself to only one carrier. What’s worse is that Skype is a global company, and yet the deal with Verizon allowed them to release the app only in USA. So even though it wouldn’t have affected Verizon in any way to have the app released for its International users, Skype still accepted to limit themselves to Verizon. If that wasn’t a bad deal, then I don’t know what is.

A few months later, Apple showed its FaceTime videochat service, then came Qik, Tango and Fring, all with videochat, not only through Wi-Fi but also through 3G and 4G. So what does Skype do a couple of months later? They finally release their Skype mobile app to all Android users, and surprise surprise, it doesn’t have videochat – one more huge opportunity missed by Skype. This, along with other bugs and lack of features, got them a nice rating of 3 stars only in the Android Market.

Now, about 6 months later, Skype is finally ready to bring Skype with videochat to Android, on February 28th, but once again only to Verizon. Unbelievable. But, if Skype wants to dig their hole deeper and ruin their image with Android fans, then that’s fine, because Google Talk videochat is coming to Android and it will be built-in and a more seamless experience than having to use the Skype app. As Android grows, I wouldn’t be surprised if Skype remains behind as defacto videochat service for most peple, and lose their leadership in this market, and it will all be their own doing.