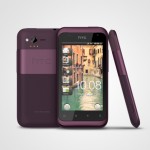 In the past, we’ve talked a bit about HTC Rhyme. This time we are going into detail. Now this phone has been made especially for the ladies. From the color, right down to the shape and features, its got girlish written all over it.

Something is a bit unclear since it is expected to come out this month but I happen to know it is already available in some shops, although right at the moment, it is over priced.

Moving on the technical bits… 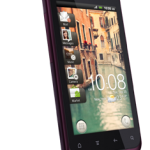 We have word about how big the phone will be, but no news about how much it will weigh. Still, since it is a ladies phone, it can’t weigh all that much… wouldn’t want their purses to be heavy, now would we? The phone is as follows : 116.8 x 61 x 10.1 mm.

The display is an S-LCD capacitive touchscreen with 16 million colors that has a resolution of 480 x 800 pixels. The screen in itself 2.7 inches big and has a pixel density of approximately 252 ppi.

The memory comes next. It has a storage space of 4 GB and the RAM is about 768 MB. The storage part can be upgraded via the memory card as it works with microSD cards of up to 32 GB. That is quite a lot of memory.

The main camera is a 5 mp one capable of photographing at resolutions as high as 2592 x 1944 and has autofocus and LED flash. It also has a secondary camera, although it is a VGA. It can also record video at a 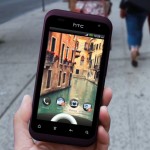 Now, moving on the inner circuits. It has a 1GHz Scorpion processor,an Adreno 205 GPU and Qualcomm MSM8255 chipset. Quite powerful indeed. But, from what I hear, not enough to be worth the fees that have been placed on it.

All and all, the phone sounds pretty good. I’d buy it myself if it wasn’t so sex-exclusive.