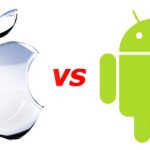 Since the launch of Android operating system as an open competitor to closed Android iPhone environment, there was a heavy battle between the 2 giants to attract software developers to build apps for their software. For many years Apple was leading this battle. Developers were attracted to Apple AppStore because iPhone and iPad users were more likely to buy paid ... END_OF_DOCUMENT_TOKEN_TO_BE_REPLACED