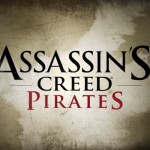 It hasn’t been all that long since the release of Assassin’s Creed IV Black Flag, and Ubisoft has already decided to release another version of their game for mobile platforms such as phones and tablets with both Android and iOS. Still, before saying ANYTHING about this game, there’s one small detail to talk about: this is an Assassin’s Creed game ... END_OF_DOCUMENT_TOKEN_TO_BE_REPLACED