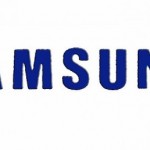 We’ve heard about a rumored Amazon tablet for a while now, and to be honest I think everyone expected one, not only after iPad launched, but also after the B&N Nook Color launched. After the success of the Nook Color, I would’ve been surprised if Amazon was *not* working on a tablet with Android. New rumors say that Amazon is ... END_OF_DOCUMENT_TOKEN_TO_BE_REPLACED