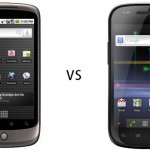 It’s been a month and a half since Nexus S appeared on the market. Every Nexus One user expected to get Android 2.3 on their phones just days  after that, but that didn’t happen. After all this time Google hasn’t ported Android 2.3 to Nexus One, and they keep releasing new updates to both phones, but the Nexus One remains ... END_OF_DOCUMENT_TOKEN_TO_BE_REPLACED