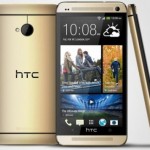 I told you guys a while back about the HTC One and how they were talking about releasing a gold-plated version ( which they did, but not HTC officially ), hinting that they will soon release a golden-colored one without actually increasing the price. Well, it would so happen that now it is available. While this version of the HTC One ... END_OF_DOCUMENT_TOKEN_TO_BE_REPLACED

I never did find it an interesting idea, but then again, I never did have tons of money laying at my disposal and have nothing to do with them. Apparently, a few respectable companies out there took it upon themselves to actually “upgrade” a device’s exterior by plating it with Gold for the more discerning customers. Now I can see ... END_OF_DOCUMENT_TOKEN_TO_BE_REPLACED