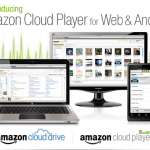 We’ve kept hearing for months that Google will launch a music streaming service, but we’ve also heard about delays upon delays, probably because it takes a long time to sign deals with the labels. It’s true that Amazon’s new Cloud Player seems to be more about uploading your own music into Amazon’s cloud than buying your own music from them. ... END_OF_DOCUMENT_TOKEN_TO_BE_REPLACED 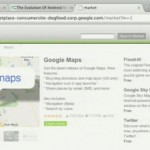 The rumored Google Music cloud service and the promised web based Android Market will be announced tomorrow at the Honeycomb event, according to yet another rumor. It’s been almost a year since the web based Market was promised at Google I/O last year, but at least it’s finally coming, and from what I’ve heard about the Google Music service, it ... END_OF_DOCUMENT_TOKEN_TO_BE_REPLACED