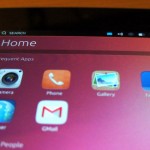 If I said once, I’ll say it again: things are about to get heated up on the OS battlefield by 2014 – there’ll be a new player on the block by then. Ubuntu Touch will transfer in that before mentioned year from an after-market OS to an out-of-the-box OS. Canonical’s Mark Shuttleworth has recently announced that they’ve gotten a hardware ... END_OF_DOCUMENT_TOKEN_TO_BE_REPLACED