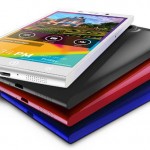 There was a series of phones I always found interesting, but I find they never really got the attention they deserved. That series was the BLU series of devices. Now they have recently announced the Life Pure XL smartphone, a phone which is based on the Gionee Elife E7 ( the two being actually virtually identical, which isn’t really a ... END_OF_DOCUMENT_TOKEN_TO_BE_REPLACED