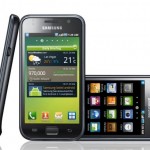 Rumors say that Samsung will reveal its next generation Galaxy S phone at the Mobile Word Congress, next month in Barcelona. The rumors also say that this phone will feature Samsung’s next gen display, Super AMOLED Plus, which is said to bring even better color contrast, and hopefully this time it will have a full RGB matrix instead of the ... END_OF_DOCUMENT_TOKEN_TO_BE_REPLACED