Honeycomb Is a Quantum Leap in Usability and Functionality 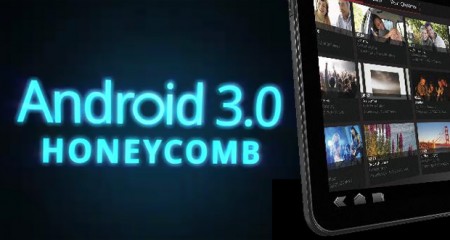 Android has always been a step behind in usability and polish compared to iOS, but it has caught up quickly especially in the past year or so with Froyo and Gingerbread. But Google knew it can’t always try to just keep up with iOS and other competing OS’s, so they decided to hire the designer that has made what most people say is the most beautiful and elegant mobile OS to this day – WebOS.

Google hired the WebOS designer, Matias Duarte, to help them bring great usability principles to Android, make it look more polished and turn it into an OS that is almost as functional as a desktop OS.

Android finally looks like it’s not copied after iOS, and has a personality of its own. It doesn’t even look like Matias Duarte’s former masterpiece, WebOS. It looks polished and smooth, and it works extremely fast, due to Nvidia’s Tegra 2 chip, which will be in all Honeycomb tablets, and most likely due to harware acceleration for the UI.

I assume Google wanted Android Honeycomb to look more like a desktop environment because they know a lot of people are used to many of the desktop UI conventions. I have nothing against this, as long as it is still very easy to use and not cumbersome like the Windows 7 tablets. But I think a lot of people will like the familiarity of having their browser look like on their PC, and in fact it does seem like it’s going to be easier to use than the way Android currently manages browser pages.

One thing I’ve been waiting for and I’m excited about is that Android Honeycomb and future Android versions will have no need for physical buttons, on both tablets and phones, but also on other devices. You will be able to manage Android directly from its user interface, and Google won’t have to restrict manufacturers to use that set of buttons anymore, which look out of place on anything but smartphones.

Other big improvements include more functional widgets that can be separated from apps themselves as “fragments”, a better keyboard (hopefully with Blindtype technology), and the core apps seem to be radically optimized for tablet – from Youtube, to Gmail and Google Books.

Overall, the Honeycomb version looks like it’s going to be a huge update for Android and even though I don’t think the Honeycomb version per se will be used in phones, I think the phone and tablet versions will be unified soon after, at Google I/O, probably in June. I think 2011 will be the year Android’s maturity and dominance will be obvious for everyone, and it will start being seen as the unstoppable force that it is.