Why Google Should Gain More Control Over Android 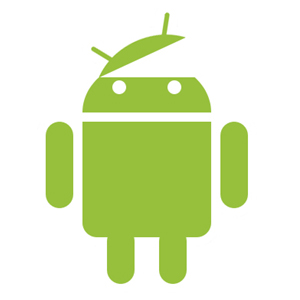 It seems that some of the assumptions that Google is delaying the Honeycomb source code not just because it’s not ready but also because they want to have more control over their own platform might be true.

In a recent article in BusinessWeek, they interview some people working for manufacturers and carriers that are familiar with the matter, and they say that in the past few months Google has been working on tightening their policies and to a point where no tweaks can be made to the platform without their consent. Is this a good or a bad move?

I think that some people will think this is a bad move because Google promised from the very beginning that Android is open source so manufacturers can have more power to differentiate in the Android ecosystem. I can understand why manufacturers would think this is a bad move, especially if Google doesn’t let them skin Android so “deeply” anymore. But from a user perspective, I think so far this whole “open source” thing hasn’t benefitted us that much. It has helped to a point where all manufacturers have started making phones under the same OS instead of each one making their own OS like in the past, which led to a bigger ecosystem and more applications for us. Besides that, it’s still not quite the experience we get on our PC’s and laptops.

I don’t think Android is as fragmented as the Linux distros, which are proof that too open can actually be harmful for user adoption and user satisfaction in general, but sometimes I do get the feeling that Android is just “middleware” for manufacturers, or something like Windows CE – an OS that manufacturers can customize to their liking, and the user never learns that what’s actually powering his device is Android. This seems to be the case, because besides regular techies who read tech blogs, I don’t think that many people know what’s powering their phone. Sure, I don’t think many iPhone users know that “iOS” is powering their phone either, but the awareness could certainly be much better – perhaps a level of awareness that Windows benefits from on PC’s and notebooks.

So I believe Google is right in trying to gain more control over the OS they are putting most of the work in, especially if that means less involvement from the carriers, which so far have done absolutely nothing to the benefit of the user when it comes to tweaking their Android phones.

In the BusinessWeek article, they also mention that Google tried to stop Bing from appearing on the Verizon phones. We don’t know exactly what they tried to stop there, but Google shouldn’t try to stop those types of high-level customizations, because it might land them an anti-trust law suit soon enough. What they should try to stop though, and it might be just what they did there, is allowing Verizon to “lock” the Bing search engine in Android without being able to uninstall it and other similar actions. Google should try to stop all such things of locking down the OS from happening. I see nothing wrong with this type of control from Google.

As for the skins manufacturing are building on top of Android, I’m not sure if they should exist or not, but if they should exist, they should interfere very little with the core OS and they should be easily installed or uninstalled on any Android phone you want. This would actually give manufacturers the incentive to make a great skin, because then the use of the skin would be 100% by choice (well not quite because all their phones would still come with it and most people won’t know how to disable it), and if they want people to keep it or even people with phones from other manufacturers to use it, it would have to actually be great.

But, personally, I don’t the skins are adding as much “value” or “differentiation” as manufacturers think it does. I think they are drunk with their own feelings of “greatness”, because from what I notice, the vast majority of people choose an Android phone for 2 reasons: 1) it has the Android OS, and 2) it has the hardware they want. Everything else is just the cherry on the cake, and it don’t think it sways too many opinions, especially since most of the skins are even worse than the stock one. If manufacturers want true differentiation they should try for true innovation, not something they can design in a few week and slap it on their phone’s skin with each new phone model. They should strive for what Motorola has tried with the Atrix and the laptop dock. The implementation was poor (and the pricing) but the idea was pretty great.

So maybe it’s good if Android takes away their ability to skin the OS too deeply (they don’t seem to have a problem with WP7’s limited differentiation options either), because perhaps then they can focus on true differentiation and innovation in something they best at – hardware – and let Google take care of the software.