How to transfer files from an Android Phone to the PC 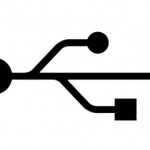 This tutorial is dedicated towards the people that need help in making something as simple as data transfer between a computer and an Android Device.

To those with some degree of IT knowledge it sort of comes natural. But there are plenty of people around who have no experience whatsoever with IT stuff, such as the senior citizens that are retired and have plenty of time on their hands and have thus expanded to using computers or beginner in the said domain.

Through this small tutorial I shall be discussing the two methods through which you can transfer data between your mobile Android Device and the computer. The two methods are as follows : via USB cord or via direct MicroSD card use.

The USB cord can be used to directly connect the phone to the computer. However certain phones require different software to work. Otherwise, the phone would just draw power from the computer to charge its battery.

The software is free and can be downloaded from Google but it varies from one phone to another as far as producers go. For example, the Samsung phones require you to install a piece of software called Samsung Kies and operate through it.

Through that program you can either make data transfers between the Android Device and the PC or you can upgrade the phone’s Operating System if any update is available. Older Operating Systems such as any OS older than 2.3 don’t have the Look for Updates Button incorporated and you have to get the updates manually from this program. You can also reinstall the soft of the program or many other things like this, but it’s highly un-advisable since it voids all warranties and the contractual agreements.

Also, the battery has to be full if you’re planning to update the OS since otherwise it can cause certain issues with the good functionality. Also, try to refrain from downloading and installing certain updates for you phone. Only install the ones that the program tells you to install. Otherwise, there will be some really bad functionality issues.

The second method covers the usage of direct memory cards. Now if your phone doesn’t have a memory card slot, there’s no need to read this.

Most of the Android devices have MicroSD cards. The MicroSD cards cannot be used directly in the card reader of the PC since they are too small. No need to threat however. Upon purchasing a MicroSD card you also get a MicroSD to SD card adaptor to use in your PC’s card reader. There are also certain adaptors from MicroSD to USB. Some people prefer those – I use whatever’s handy.

Now using the adaptor is really easy. The only thing to keep in mind is not the delete certain folders. For example : the Android folder. It holds all of the installed apps so if you delete that one you will lose all of the already installed applications you have in the memory of your phone. All of the ones installed on the MicroSD card, at least.

In conclusion, feel free to use any of the above methods. If your time is precious and you don’t want to waste a lot of it by waiting for downloads ( in the case of slow internet speeds ) and the long install times of the programs necessary ( in the case of the slower computers ), the method of direct MicroSD card transfer is the most optimal method of all. It’s also the simplest one available and it works for any phone, not just the smartphones.

And there is always the mobile method of transferring data. This final method isn’t very practical in many situations but it suits your needs if you happen to be far from your PC and have some wireless internet or some mobile internet in your reach. All android phones are synced with your G-Mail account. You can share the files you wanted extracted from your phone directly to the e-mail quite simply and then just download them when you get home.

The disadvantage to the final method is that it consumes lots of battery ( internet usage usually does that ) and, if you happen to have a “pay as you go” internet service, it will waste some of your traffic as well.

Well, I hope this helped. Keep an eye out for other similar tutorials like this one since I will soon be posting quite a few.