Home » General » How to download apps from the Android Market 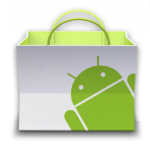 The first thing anyone does once they get their hands on their first Android Smartphone is to log in to get as many apps as possible.

While for some it may come natural to go get some stuff, as I mentioned in my other tutorial, there are those around that aren’t quite as naturally endowed with technological skills as most people are.

I hope this little tutorial helps you in a task as simple as this one.

Apart from the synced Smartphone with the G-Mail account, you also have to enable Background Data. You don’t actually have to go looking for Background Data since it’s generally turned on. But if it’s off and you try to enter the Android Market it will automatically tell you that it’s turned off and asks if you want to go turn it on at that time.

After syncing your phone with the G-Mail account and turning on your Background Data you’re officially ready to get any app you desire.

A word of the wise though. If you plan on saving some battery life you should turn off the internet and Wi-Fi and the Bluetooth as well. Also, turn of Background Data if you’re planning on not spending time on the internet too much. The Background Data isn’t all that important really, so don’t be afraid to turn it off. All that it does is save passwords and such.

This concludes our little tutorial. Hope it helped.