What the future holds … 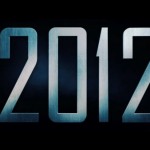 Since this year is all but over and only a few more days remain of our beloved 2011, it’s understandable that the phones/tablets which were announced to appear by the end of Q4 2011 won’t be coming this year, so here is a small list of the phone/tablet which may come out in the few days left of  2011 or ... END_OF_DOCUMENT_TOKEN_TO_BE_REPLACED 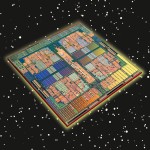 Now it is to nobody’s surprise that the Android Phones would go to the Quad Cores soon. It was kind of expected ever since we’ve seen that the Dual Core was possible. What amazes us is the fact that it can go even further. Qualcomm have released their road map for their future endeavors, thus revealing a sneak peek into ... END_OF_DOCUMENT_TOKEN_TO_BE_REPLACED 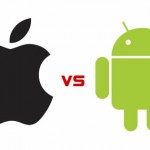 Apple has done it again. It has sued Samsung AGAIN. In a desperate act to survive it had demanded that the Galaxy S, Galaxy S II and the Galaxy Tab 7.7 be removed from the market in Japan. As if that wasn’t enough, they had the nerve of demanding 1 million yen, or, the equivalent of 1.3 million dollars. Now ... END_OF_DOCUMENT_TOKEN_TO_BE_REPLACED 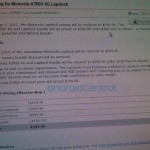 One of the most innovative features of Atrix was the laptop dock that could turn your smartphone into a full laptop running Motorola’s Webtop, which is a variant of Linux. Many people thought this could be the future for smartphones, but this innovative feature had one huge downside – its price. At $400 the laptop dock, which is just a ... END_OF_DOCUMENT_TOKEN_TO_BE_REPLACED 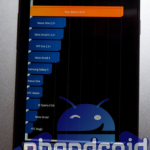 Today, Samsung launched the successor of it’s already very popular Galaxy S phone – the Galaxy S II. From the looks of it, the Galaxy S II seems like the best smartphone money can buy right now. Period. I’ve just realized that with such a high score and performance the Galaxy S2 II is 10x as fast as a low-end ... END_OF_DOCUMENT_TOKEN_TO_BE_REPLACED