Home » News » Will Samsung Galaxy S2 Live up to Expectations? 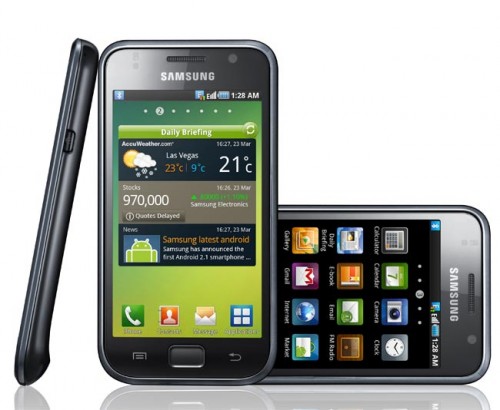 Rumors say that Samsung will reveal its next generation Galaxy S phone at the Mobile Word Congress, next month in Barcelona. The rumors also say that this phone will feature Samsung’s next gen display, Super AMOLED Plus, which is said to bring even better color contrast, and hopefully this time it will have a full RGB matrix instead of the annoying Pentile Matrix, which has missing subpixels and makes the display a lot less crisper than an LCD display.

The display itself might have a 4.3″ or even a 4.5″ size. I don’t think the 4.5″ size would be excessive, as long as it won’t have the physical buttons (a la Honeycomb UI) and it will have a tiny bezel. I think the current 4.3″ size is about the maximum you can go with a smartphone, but with no buttons and a miniscule bezel, the size of this new phone would basically be about the same as a current 4.3″ phone.

So you’d be able to take advantage of more real estate, without needing bigger pockets. Still, I doubt we’ll have this kind of phones until we have Android 3.0+ in phones (it will have Android 2.3), so it’s most likely a 4.3″ display, which is still great and something I was hoping Samsung would do, and switch from their 4.0″ displays. If you’re going to have a big display phone, why not take full advantage of it?

I think it’s about time they move on from the WVGA 800×480 resolution, and I’m hoping for the same resolution tablets will have 1280×800. While it sounds huge for a phone, it’s really about the same amount of PPI as the iPhone 4 has – which has a 3.5″ screen with a 960×640 resolution. So it’s not like it hasn’t been done before. It’s just a matter of wanting to do it.

Another thing that is a must have for the Galaxy S2 is a dual core CPU. A lot of people were dissapointed that the Nexus S was a dissapointment because it didn’t have a dual core chip – just imagine the dissapointment if they find out that the next generation of Galaxy S would only have a 1.2 Ghz Hummingbird for example. I wouldn’t consider that a true sequel to the Galaxy S and I’m sure most people won’t either. A few months from now, when Galaxy S2 will be launched, a dual core chip will be the absolute minimum for a high-end Android smartphone. Anything else will be unacceptable.

Samsung has already bought a lot of Tegra 2 licenses a month ago, but I wonder if they’ve already planned to put Tegra 2 in the Galaxy S2 before that, because it seems short noticed. I’m still hopeful, though.