The Google Nexus 5 is soon to receive the Android OS v4.4.1 KitKat update and it’s quite a promising update, one that focuses quite a bit on the camera. This information was taken from an interview for The Verge held by Google’s Director of Engineering, David Burke. He confirmed that this next update will bring vast improvements to the camera of the device: it promises faster focus and a faster shutter speed, the camera not relying so much on the OIS as it does now.

Allow me to illuminate: this means that post-update, the images produced by the Nexus 5 will have less motion blur and camera shakes, but it may be a bit noisier than it is now. Reportedly, the white balance and exposure algorithms have also been improved. At the end of this post I’ll go ahead and post a gallery of a few comparison shots. Aside from the improvements for image quality, the camera app itself is said to launch quicker. Reportedly, it launches faster by a full second prior the update. It now packs a new progress-indicator in HDR+ mode as well ( it shows you the progress in photo-processing ).

Burke claims that the update took his team circa 5 weeks to complete and in that time they’ve managed to pull off a lot of work. This update is also fixing the face unlock bug of the Nexus 5. At the moment, when using facial recognition, it occasionally causes a bug with the camera app. Usually, it requires a reboot in order to function correctly afterwards.

Below you can find the gallery of the Before & After shots I previously mentioned: 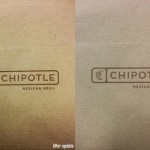 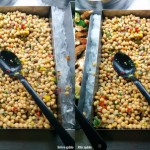 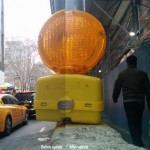 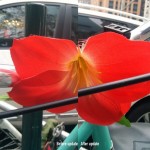