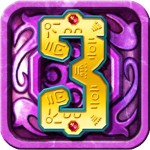 Today we’ll be reviewing a puzzle / adventure game. This is a very good buy if you are into adventure games which have a very well built puzzle element to their name. Plus, this game must be good, since if it wasn’t a good franchise, they wouldn’t have made a third installment of it. Of course, in some cases, the third installment actually ruined it, but we will let the past be the past.

Judging from the reception this game has received, I’d say it is a pretty good investment. I have not seen one man complain about the fact that it costs around 99 cents. Usually there are a few people out there, as there are with every activity known to man, that try to ruin it for everybody. There are always those who do nothing besides complain about the quality of the game and the fact that it is overpriced. Surprisingly enough, those individuals seem to be absent for this one.

In this game you are to match tokens to unlock some incredible riches. With more than 200 levels, an amazing visual effect, explosive audio and stunning backgrounds that shatter the boundaries of art in casual games, this game is a guaranteed blockbuster and a must-have game for match-three fans.
This game will challenge your skills in ways you never thought possible as you try and rack up as many points as possible in 1 minute. The Magic Tokens make a return and are now more powerful than ever before, allowing the player to pull off insane amounts of combos. By using the powers of the totems strategically, you can score high enough as to earn the Magic Stars you need to upgrade your bonus items to the maximum. You can add even more stars by completing the clock-free puzzle stages that appear later in the game in-between some of the levels. Do not miss out on the chance of playing the most spectacular match-3 game in the award-winning Montezuma saga.
You can get this most interesting Android game from Amazon. 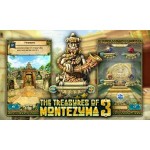 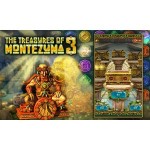 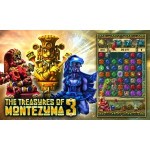 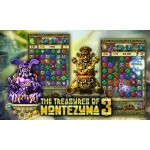 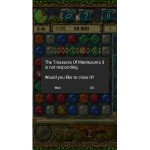 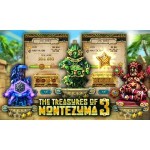 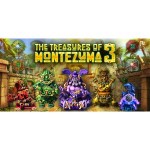