Samsung Nexus S will to be launched on 16 December 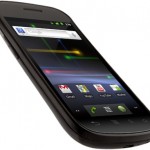 The company announced that the long waited Nexus S will arrive on December 6th 2010. The Phone will run the latest version of Android 2.3 ( Gingerbread ) making it the first phone with the operating system.

The launching day is the same day when Gingerbread will come into users hands.

The phone have a 4 inch display that will make the browsing more easier on the mobile phone. The touch screen will hace multi-touch support which will make the typing faster and more accurate.

The back camera will be the same as we got used on Android phones: 5MP, but it is now equiped with a front camera for video calls.

The default apps are not better selected and better optimized for increased speed. It is rumored that the OS will be much faster than the previous one.