While waiting for more affordable Dual camera phones to be available, I was thinking that there might be another alternative. You don’t actually need 2 cameras to take a 3d photo. You only need 2 photos taken from 2 different positions. At first, I thought to take the photos separate and then put them side by side in a photo editor for a great Cardboard experience. That’s too much “work” for a simple 3d image so I searched for better solutions.

I found 3d Camera for Google Cardboard, a nice Android app that do all the edits for you. But you still have to take the two images. The results are impressive, I was able to take 3d photos to static objects or panoramas with impressive results. There are many other apps that claims to take VR photos, 3d VR photos, etc, but they just simply take 180 or 360 angle photos that are 2d only. Some might say that the photos are “3d” because you can look in any direction you want, but real 3D means that you can perceive the distance from viewing point for any object and its depth. You can only achieve this by taking 2 photos from slightly different positions.

Once you enter the app, click on the cardboard icon to open the camera app. You will be shown a side-by-side like camera app. An image on the left and one on the right. Tap on the screen and the left photo will be taken. Then keep the phone steady, and move it to right 1-2 inches ( the distance between your two eyes ). Tap again to take the right-eye photo. Tap one last time to save the image. Then you can view it with any Cardboard Viewer. If you don’t have a cardboard viewer but you have 3d anaglyph glasses, the application also let you take photos for it ( needs pro version ). Make sure that you click on the right icon to start.

To view the photos you’ve taken, click on the icon on the right and put the phone in your Cardboard Viewer. 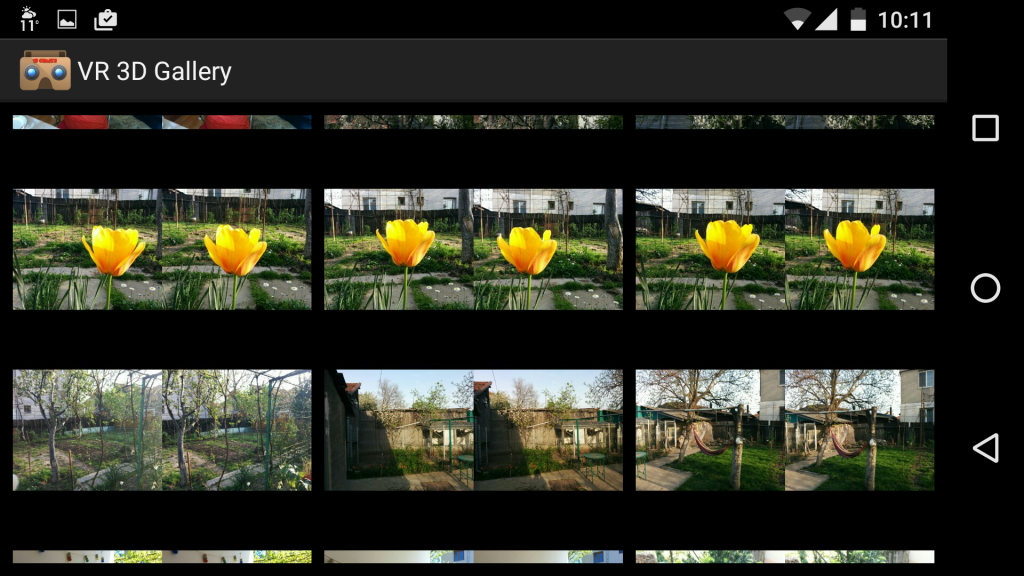