Android Tablet for Everyone 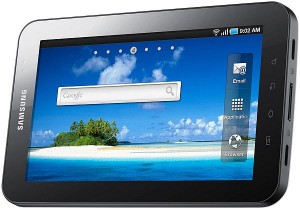 The tablet industry has gone a long way and this is evidence that people will embrace such technology. In fact the sales are booming for these devices with Apple’s IPad leading the race. Google’s android OS and their tablets will be a major competitor for IPad in 2011, and it is expected that the market dominance by Apple will gradually be lost.

The 4th quarter of 2010 gave Android Tablets a 20% increase rising to 22% while the IPad remained at 75%. But these numbers are before the actual release of Android 3.0, a version of Android optimized for tablets. All predictions are in favor of Android and we know that as in the case of smartphones, Google and Android can win the race if they really want to.

The android tablet is indeed gaining its name in the industry and Google’s aim is to cater for everyone’s need. From regular users who just need a tablet for entertainment, for gamers to play cool new games, for the businessmen to do their logistics and for students to use their tablet for reading. Android tablets have definitely something to offer to anyone.

The new android OS Honeycomb, will be hosted by powerful processors, so you can expect a much faster and improved tablet experience. Also with new upgraded user interface, android tablets boast some new and exciting features including fully customized screens, live widgets, 3D menus and much more. Another key feature of android tabs is their trendy Google applications (gmail, google talk, google maps) all customized for Android 3.0 offering a whole new experience.

A good price range is another thing that excites most consumers. Owing to a lot of good manufactures and tablet creators in the market, the price range for android tablets would definitely vary. This is good for those people who want to have a tablet but doesn’t have the luxury to spend $800 or more dollars for it. Android tablets may very well suit your budget, and don’t forget that these are still quality products we are talking about.

Unquestionably there would be more android tablets to come this year. One of them is the new Motorola Xoom which would hit the stores really soon. The Xoom is said to be the first to take up a real challenge with the iPad. It is equipped with the new android 3.0 Honeycomb in a sleek 10.1 inch screen with a beautiful 1,280 by 800 resolution, powered by Nvidia Tegra 2 processor and a 1 Mb RAM, undoubtedly a powerhouse!

The beauty of Open Source

The open source platform enables a lot of web programmers and apps designer to have full control on their tablets. With open source, one can have the authority to create their unique apps, share it, and modify it. Also one can have a lot of source code for free apps that come from every corner of the world, unlike Apple apps that are regulated under one roof.

Though a lot of speculations of which is best between iPad and android tablets, the main thing is that they do have a lot of differences and one has to get one to know one. Try to check them out on your local store and compare, just make sure you take a look on the new android tablets, believe me they deserve a good look.

Guest Post by Alex. Alex is one of the editors’ at best android tablet, a web site dedicated to the fascinating world of Android powered tablets.

Alex is one of the editors at best android tablet, a web site dedicated to the fascinating world of Android powered tablets.