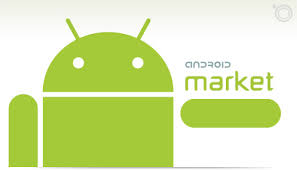 The Android Market is a truly phenomenal piece of work. It is a website which was integrated into most Android Devices in no small part due to its functionality and reliability.

Many people tend to believe that they can find more apps or even different apps from the Android Market in other places, so I have decided to lay out some of the best ( yet, rather few ) alternatives to this great website.

The best I could find myself ( my results being based solely on the number of daily visits and total traffic through meticulous scans with certain Google created plugins ) are as follows :

Now, after mentioning the two alternatives out there ( I don’t feel like I should write any more about them, since if you are truly interested, just click on the link and see for yourself ), I shall try and enlighten you on why I do not approve of these alternatives to the Android Market.

It’s nothing personal, just the fact that I’m stuck in the older way of thinking. Perhaps you need some more information. Here’s how I, and most people actually, view things. Once someone has managed to make it to the top, through whatever way necessary, that someone will get a certain degree of respect and some credibility. Other people will see that particular someone as reliable and trust-worthy ( unless they are politicians ).

Now bear with me on this one. The Android Market may or may not have been the first to enter the Internet, but it certainly proved to be victorious. Such was the case of the Android. It came AFTER the iOS, yet it managed to surpass it. To make things even more relevant, people trust in the Android Market since it is older and has more traffic and content, thus, people tend to believe that it is more reliable and more trustworthy than some of the newer alternatives to it.

This is our human nature. We always consider things that are older to be better than the newer ones in no small part due to the fact that we have come to rely on those things and are slow to embrace change. That is why, in our society, newer things will always be treated with a certain dislike and distrust. No need to believe every word I say though, instead just take a look out the window and see for yourself.

Take doctors, for example. Say you have to undergo a very complicated procedure to your, let us say, limbs. Say you’ve had, I don’t know, nerve damage, and you want to salvage or repair those damaged nerves. Although it would be a simple procedure and there are busting young lads out there specially trained for that precise procedure, our average Joe will go to the doctor that HE knows for quite some time, or to the doctor which is older since he thinks that that doctor will do a better job. Common misconception, but it is so common that almost everybody in this world thinks like this. Human nature, you just can’t change it.

Or, here’s an even more relevant example. Say you are an entrepreneur at the beginning of his career. You have managed to create a product that will revolutionize SOMETHING and you want to market it. You have already started mass-production since you know for a fact that it will be a huge success. You can’t market it yourself, since you’re too busy managing the production of that item. What do you do in that situation ? No need to think about that. The most logical thing to do in that position is to hire a professional who can handle the sales so you don’t have to get your hands dirty with such things and keep your nose to the grindstone. Now here comes the most important part : who to choose ? You have a choice between a really big sales agent who has a history of bringing great success to most people who deserve it, and someone that says they’ve done the same, but you haven’t really heard anything about. Honestly now, WHO would you choose ?

That’s my point. When given the choice whether or not to pick the Android Market or the Alternatives, most app producers will chose the Android Market just because they have that extra feeling in their gut that they can rely on it. And I understand them perfectly. After all, when you create an awesome app, there is no guarantee that someone won’t just steal your project. They aren’t that hard to dissect for someone with a bit of skill, and you may not meet the financial demands to patent that app or object or creation to your name. And when everything is said and done, you might be left alone with nothing to atone for and all of your work squandered by some person that just copied your creation and never even bothered to say even a simple Thank You. And all that because  you didn’t want to place it on one of the big dealers. Now I’m not saying that project stealing doesn’t happen on the Android Market as well. It may, who knows. After all, anything is possible. What I am saying though, is that chances are it will happen LESS there than in other places.

Now all the large paragraph was about things to consider if you are and app maker. If you’re simple an app-user and searching a lot for something and the Android Market says it doesn’t have, odds are you won’t find on the other alternatives either. Keep in mind what I said earlier. The Android Market is always the first to get the good stuff, then come the others. If, however ( and I’m saying this because it happened to me once ), the Android Market has found you the app you are looking for but is telling you that your device is not compatible with it, it is right. Take my case, for example. I used to search for an Adobe Flash Player, just for the sport of it. I was bored of the YouTube app and was trying to view some online audio files from a website of mine and needed Flash Player to do so. The Android Market told me it wasn’t compatible and thus didn’t let me install it. Naturally, I got mad and started searching for an alternative. I found the flash player, in the end, and installed it successfully. The problem was that the audio files I was previously trying to access were still not working. That’s when I realized that the Android Market was right. It worked well enough, but it wasn’t fully capable of doing everything it was supposed to do. So if you’re in the position of getting warnings and “errors” from app providers, they are always right ( or most of the times, anyway ).

This concludes our small “presentation” of the existing alternatives to everything we have, and the end of our brief view into the fabric of the human nature. In the end, I hope I managed to make you a bit more intelligent and self-aware of the flaws of the world we live in.